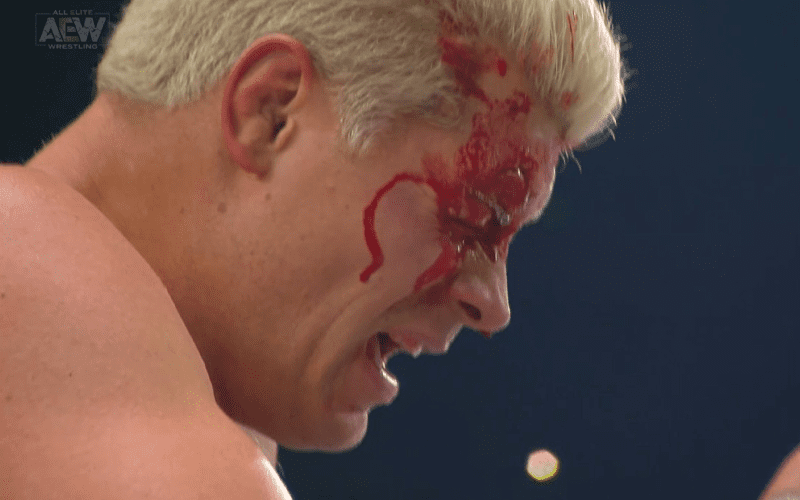 Cody Rhodes went all out at Full Gear. He did not pull down the AEW World Title which means he can never challenge for the belt that he helped design again. He also isn’t medically cleared to compete, but he’s got more going on than just the apparent facial contusion.

“Cody’s got a separated rib to go along with that nasty gash [on his eyebrow].”

A separated rib can usually take three to four weeks to continue. If you take into consideration the kind of damage that Cody takes in the ring it could be even longer. Then again, he might return faster knowing his dedication to the business. Hopefully, he will be okay to compete soon enough because odds are he will have MJF to deal with next.