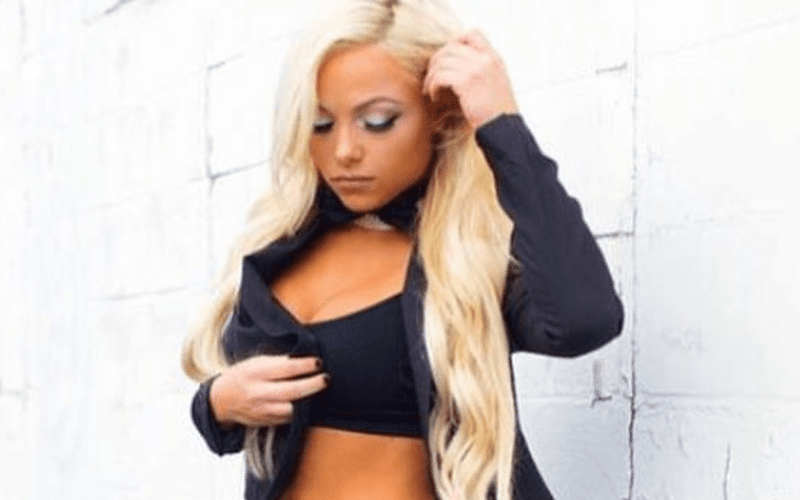 Liv Morgan was drafted over to SmackDown Live and this broke up the Riott Squad. That upset fans of Ruby Riott, Sarah Logan, and Liv Morgan, but then the company didn’t even use Liv. That could change.

Morgan showed up randomly on SmackDown and she had one match against Charlotte Flair which she lost. Then Liv Morgan said she’s going away, but when she comes back she’s going to be real.

WWE pulled Morgan from events because they don’t want to give away her new character. This is very interesting and a recent hair change for Morgan could give us a hint. Last night, Morgan tweeted out something on the four month anniversary since the last time we saw her on WWE television.

We’ll have to see when she shows up next. Liv Morgan was drafted back to RAW and they played some new dub step sounding music, but she hasn’t been seen since.