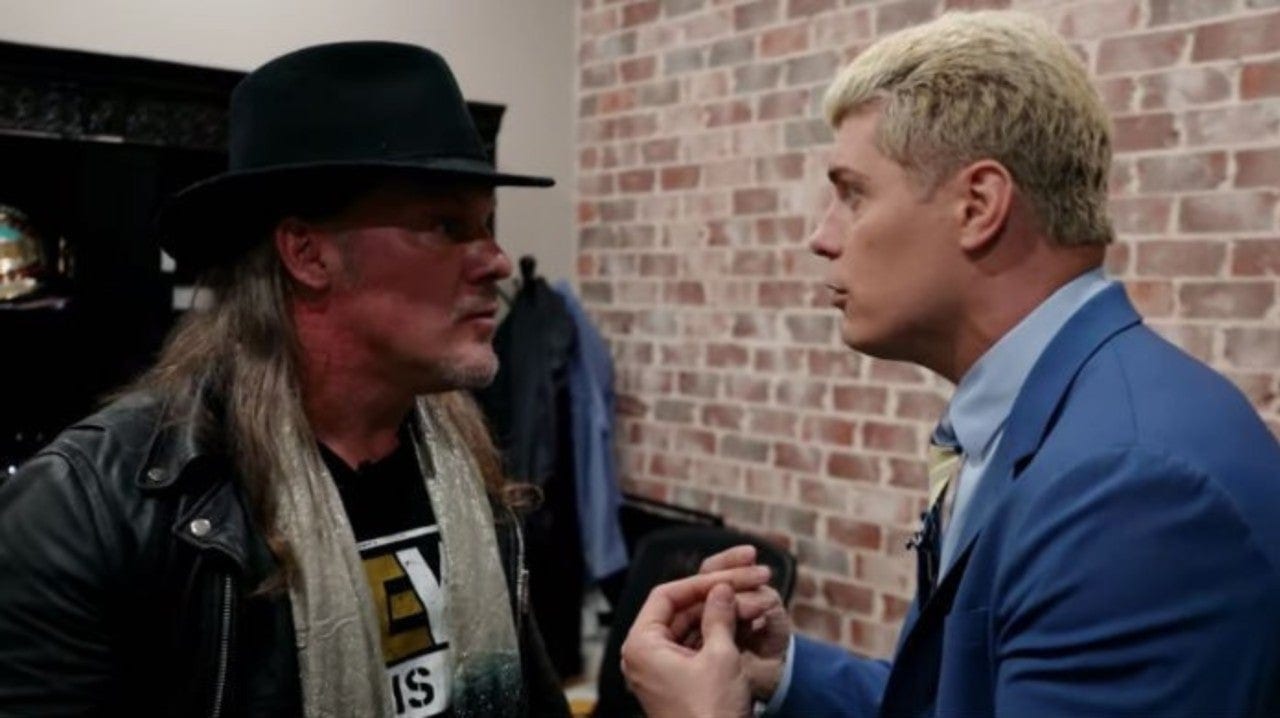 Courtesy of a little help from MJF, Chris Jericho was able to successfully defend the AEW World Championship at AEW Full Gear this past weekend.

Jericho continues to serve as the measuring stick in All Elite Wrestling, and as we look ahead to the future, it’s really hard to see who is going to be the one to take the title off of him.

The man he was able to defeat at Full Gear was none other than Cody Rhodes. Cody put up one hell of a fight in Baltimore and proved himself to be a true main event star, but in the end, his bravery and resilience in the bout came at a cost as he was bust wide open.

Rhodes himself didn’t seem to care all too much about the need for him to actually get stitches, but as you can quite clearly see, Chris Jericho wasn’t about to miss the opportunity to rub his victory in the face of Cody even further.

The threat that there could be even more scrutiny yet to come has certainly left a lot of fans questioning what could be next. With the next episode of Dynamite being just two days away, it certainly seems as if we’re going to get our answer sooner rather than later.

One possibility is that MJF is simply going to defect over to the Inner Circle, which makes a lot of sense, given that his heel tendencies align pretty well with the rest of the faction.