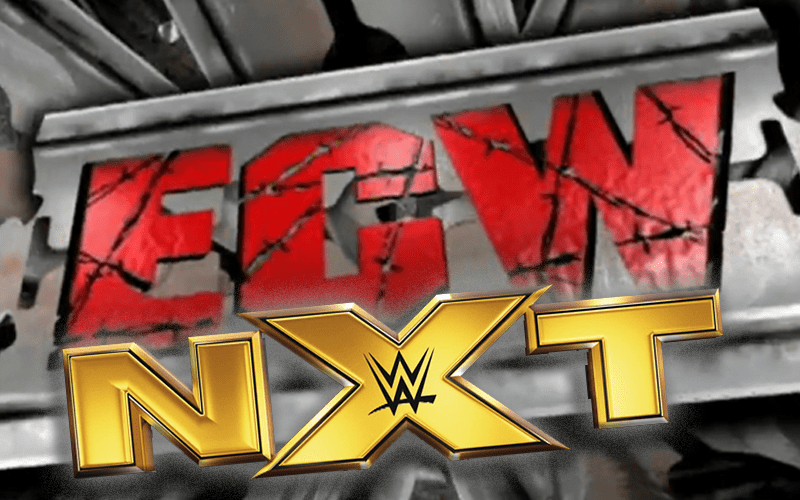 Hulk Hogan made his big return to WWE and is transitioning into a legend that we see from time to time. If you ask Chris Jericho it wouldn’t surprise him at all to see The Hulkster on NXT.

Y2J said that NXT has lost it’s cool factor which turned it into just another WWE show. This is much like how Vince McMahon’s company took the coolness out of ECW twenty years ago.

During the post Full Gear media scrum, Jericho joked that Roman Reigns will probably end up in NXT. He also said “god bless them” before making a joke that Hulk Hogan will probably show up too.

“Am I surprised we’re winning? Of course I knew we’d win. Our star power crushes NXT’s star power and exactly what I knew would happen that NXT before was cool as a stand alone thing and now it’s just another WWE show. It’s like 2009 ECW.”

“So good for them, god bless them. I’m sure at some point Roman Reigns will be on NXT now and Hulk Hogan will return to a TV studio for the first time since 1991 in Memphis — that’s fine. All we’re going to do is continue to do is worry about ourselves and concentrate on our storylines and our matches and our characters and building stars.”

We’ll have to see what WWE is able to do with NXT to draw attention to the USA Network on Wednesday nights. Nobody expected the OC to invade this week. Chris Jericho said that the Wednesday Night Wars is nothing that they asked for, but it’s happening.

There might be a reason why the production truck has a screen dedicated to the USA Network. You never know what Vince McMahon will do in a war time situation.