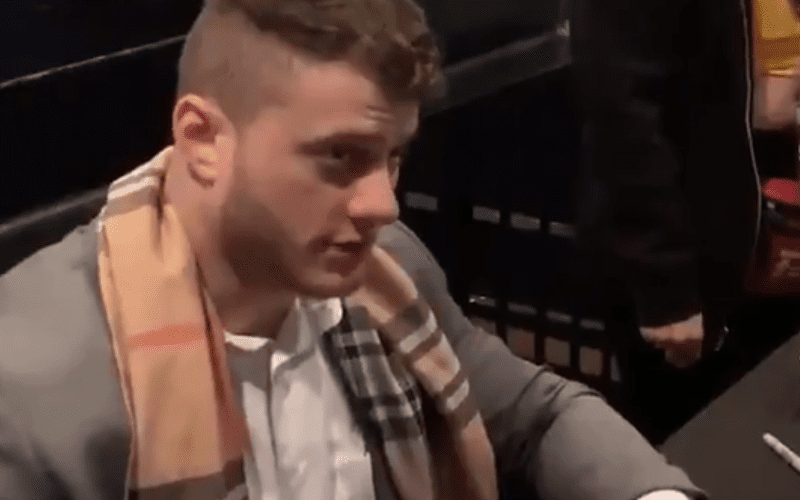 Starrcast IV is going on right now which means that a lot of fans showed up to meet their favorite pro wrestlers. Some of them even paid $150 to meet MJF.

It’s unclear whether MJF was upset at the fact that some fans bought discounted meet & greet tickets. Either way, he wasn’t paying his fans much attention as they lined up to meet him

The Salt Of The Earth did a lot of playing on his cell phone and refused to make eye contact. Then again, what else should we expect from him?

One fan wanted his scarf signed. “You got twenty bucks?” MJF asked. When this fan said he didn’t have Venmo or PayPay, MJF replied saying: “Well that scarf isn’t getting signed, f*ckface.” MJF also signed his photo: “To Fat Boy.”

If you paid half price to meet MJF, he’s only giving half of the attention to fans. MJF only allow half of his face to be in the photo you take with him if you got in at a discount.

You can check out a videos below that Starrcast proudly put out showing the AEW heel at work.