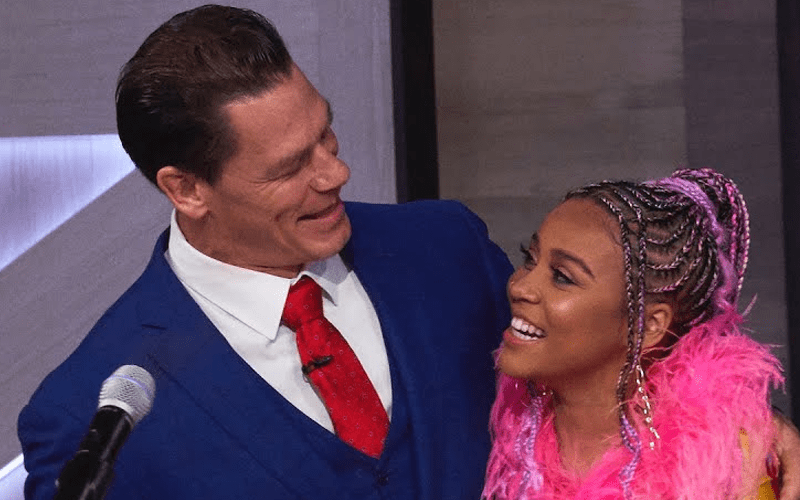 John Cena is impossible to see. That is probably what makes him such a surprise guest.

South African singer Sho Madjozi was on the Kelly Clarkson show and she discussed John Cena briefly. She’s a big fan and she even has a song called “John Cena.”

Some of the lyrics to her “John Cena” song are as follows:

Little did she expect that John Cena was in the building. Needless to say, she had a very shocked reaction when the man himself came out dancing to a song named after him. It was a pretty great moment that you can check out below.