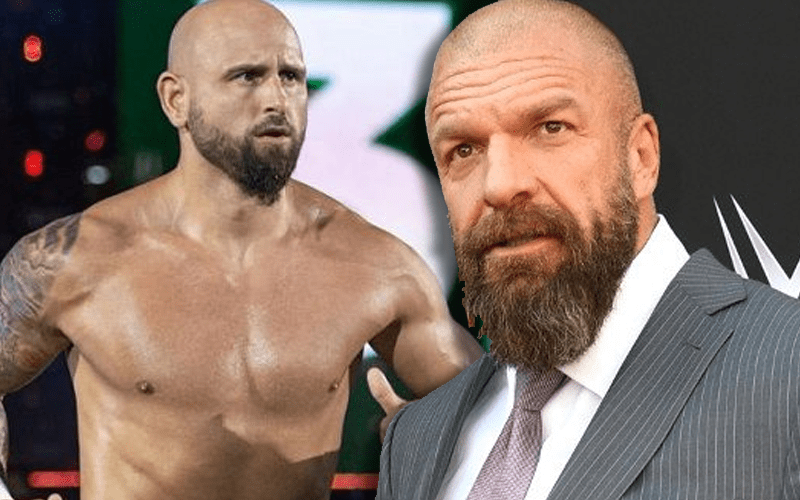 WWE Superstars had a lot on their mind surrounding their recent trip to Saudi Arabia. Some of them were quite vocal about not going back and this included Karl Anderson and his wife.

There was a backstage meeting held before Raw this week. Nobody had anything negative to say because the feeling was that it wouldn’t do any good to be negative. Then Triple H reportedly had something to say.

The Wrestling Observer Newsletter noted that Triple H “called out” Karl Anderson. This was after Anderson and his wife were quite vocal on Twitter. Anderson reportedly didn’t say “much of anything” in response.

The meeting was about to wrap up when Paul Levesque called out Karl Anderson for making a remark on Twitter about who is going to be the locker room leader on Monday. Anderson didn’t say much of anything. The situation with Anderson was that besides that remark, he tried to be funny by teasing the idea he was mad and wouldn’t go back, only to joke about it, saying that he needed to pay for a new pool.

Karl Anderson’s remarks didn’t hurt his position in the company. We’ll have to see what happens down the line, but the OC received an outstanding focus on NXT this week. AJ Styles also had an outstanding idea for a Survivor Series match that might happen, or it could go down later on. Either way, it seems like WWE’s recent Saudi Arabia issues are behind them for now.