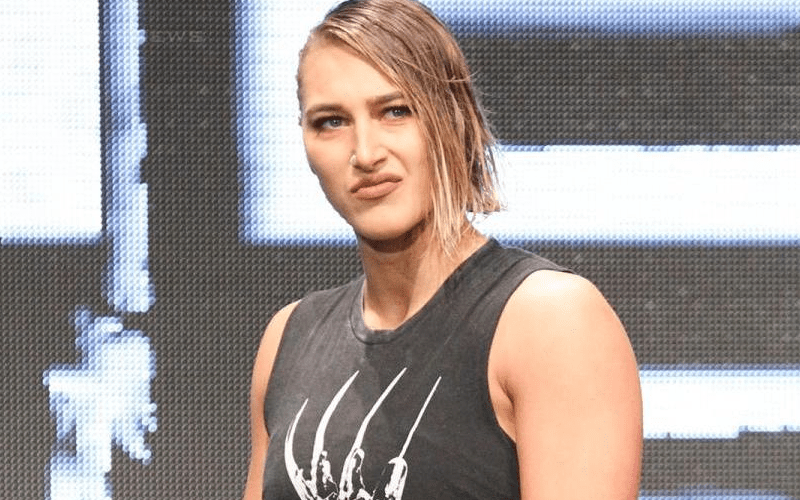 Rhea Ripley is young and receiving a focus by the WWE Universe for good reason. She has a unique character and is a formidable opponent for anyone she’s facing.

While speaking to Chasing Glory, Ripley explained how she adopted her “wet hair” look. It all came as a matter of necessity because of the sweltering heat backstage.

“I decided to wet my hair beforehand because it was just too hot because I was actually dying backstage and then I went out there, wrestled, came back I was like, ‘That was the best thing I ever done.’ So now I just do it from now on.”

Ripley also made a joke about how it’s impossible for her to follow WWE’s strict backstage dress policy. Her style is unique and she just can’t do high heels.

“I’m like, ‘Guys, I don’t do business casual.’ Like, if I can wear a leather jacket with studs and chains on it, that’s my business casual. I don’t even want to wear heels!”

We’ll have to see what is next for Rhea Ripley in WWE. Odds are there are plenty of big matches in her future. It won’t matter which brand she’s on either because it seems as if she’s dedicated to her unique style and ability to connect with the fans.