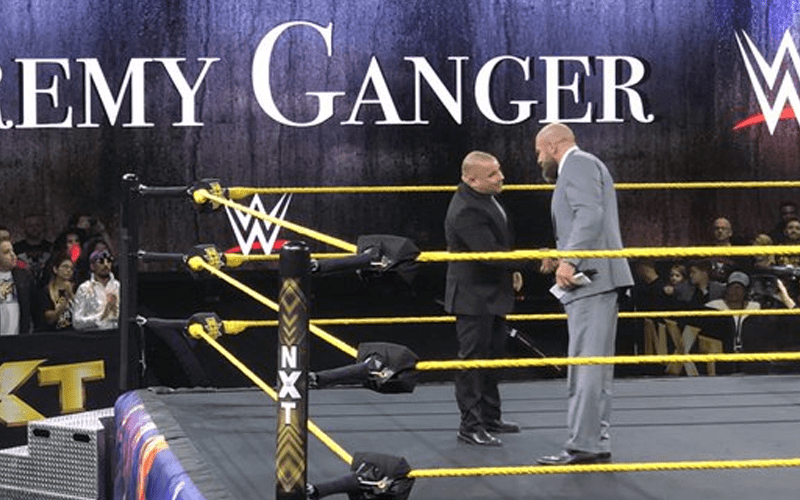 Before NXT went live on the USA Network last night, Triple H came out and he had a very special announcement to make. There was a hero in the building and he deserved some attention.

Jeremy Ganger is an indie wrestler in the Dayton Ohio area. He worked as a bouncer at Ned Peppers bar in Dayton Ohio. On August 9th, Ganger stepped up in a big way and became a hero. A shooter tried to enter the bar, but he stopped him.

The shooter, Connor Betts ended up killing 9 people and another 27 were injured. It’s unknown how many people Ganger saved by doing what he did, but Triple H wanted to make sure he got recognition last night.

Before NXT kicked off, Triple H invited Ganger to the ring and he was presented with an NXT Title and tons of praise from the Full Sail Arena crowd. It was a pretty cool moment. Triple H said that he is a real hero and everyone agreed.

Ganger had also previously received an invitation to attend Starrcast III and All Out from AEW.