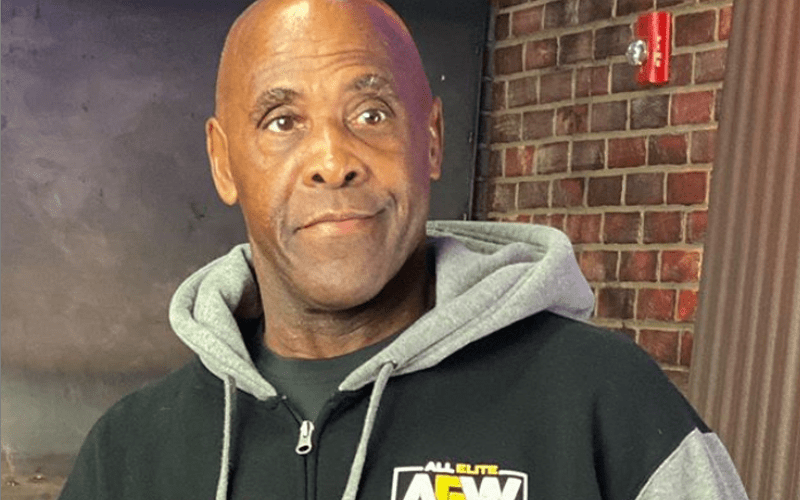 Virgil is quite a character and he has gone by several names throughout his career. Last night he brought back Soultrain Jones and appeared on AEW Dynamite.

It was a big surprise to see Soul Train Jones on Dynamite. He made this announcement quite clear on his Instagram that he has “dipped his breadstick” into AEW.

Virgil Kahn (Con) aka Soul Train Jones aka Meatsauce Mike is @allelitewrestling 4 life. My decision to take ownership of the hottest product in the game will soon be released for all the meatsauce minions to be notified that my inner circle is dripping with meatsauce…. stay tuned to hear it from the horses mouth for the exclusive beef

He sent out a second post saying that he was “headhunted” by Shad and Tony Khan who he mentored. Now it looks like Soultrain Jones is going to make the most out of his brief appearance on AEW Dynamite.

The hottest free agent has dipped his breadsticks into the ALL Elite Era. It was an easy decision. Since I wasn’t going to give my equity back from the WWF days, I got Headhuntered years ago by one of my students who I mentor to this day Shahid and Tony Kahn. From their I have given my life’s work to help big media conglomerates to enhance their brand. TNT has been in my pocket since Teddy and I crushed WCW. So when they brought to me AEW The first thing I thought Alfredo Enchilada Wrestling. Head blown. Finally someone that can mix cuisine into the squared circle. So when Tony offered me equity for my brand I knew that the deal was gonna be right. Tony offered me a VP position to get a piece of my ass and I said “Veal Parm? sure but load me up with that unlimited Pasta Pass”. He said “yes Lord Veezus”

When Le Champion called me and said we need your meat in our Inner Circle. I said It simple to my WCW southpaw “show me Le F*ck Monay”. Deal done. We signed a contract at my home turf @olivegarden and the rest was Wednesday night history. The catering has been upped, the story has been cemented and the breadsticks are now FOREVER unlimited.

Virgil’s appearance as Soultrain Jones was pretty entertaining last night. He delivered some lines that really stood out in that hilarious promo for Chris Jericho. We’ll just have to see if Soultrain Jones becomes an official member of the Inner Circle, but it sounds like he’s not done dealing the meatsauce.

It should also be noted that he changed his Instagram name to “SoultrainJonesAEW” so he seems serious about this new endeavor.