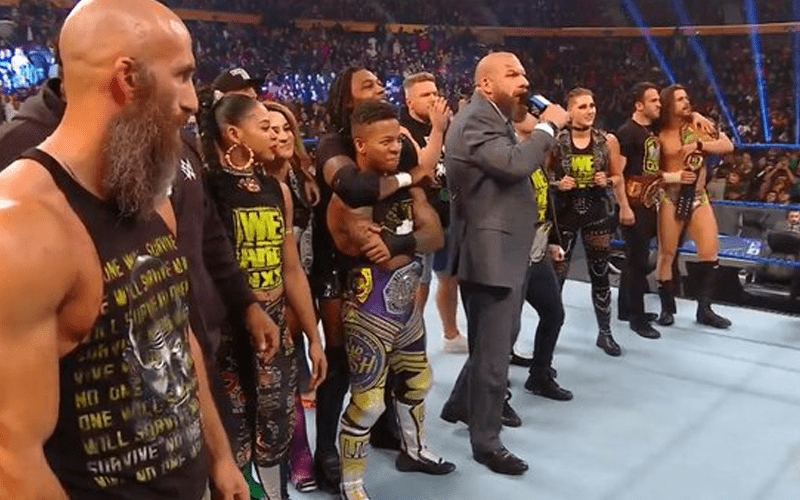 WWE programming has seen NXT Superstars invading for two straight shows. This build-up for Survivor Series has already seen some cross-branded matches booked for the upcoming event. It seems like NXT Superstars might be making a long trip for a repeat performance.

Brad Shepard reported on the Oh, You Didn’t Know Patreon that NXT Superstars are currently scheduled to fly to Manchester for this week’s SmackDown.

According to a source in WWE, the NXT crew will travel to Europe to “invade” SmackDown this Friday.

We’ll have to see how WWE works another invasion angle into the storyline so soon after their last two. There is no certainty that it will be as effective as it was last time since NXT’s dominance was later blamed on the fact that SmackDown was operating without their full roster last week.