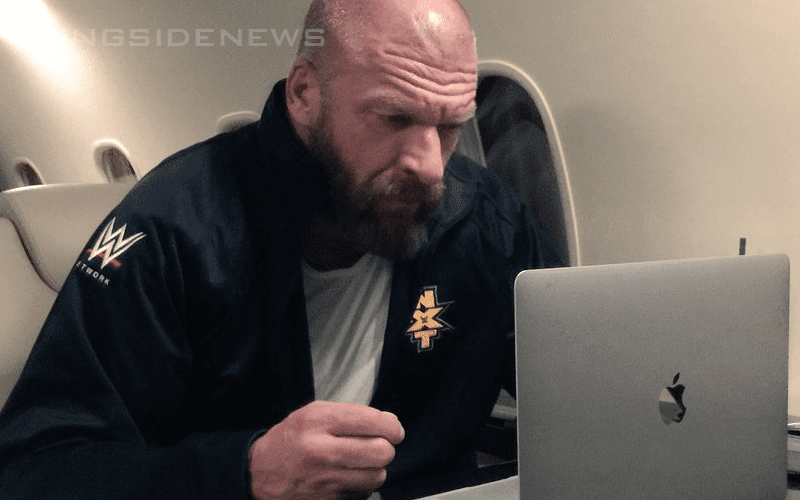 Randy Orton’s new WWE contract has come as a bit of a shock to some fans, many of whom believed that All Elite Wrestling could be on the horizon for the multiple time world champion once his current deal came to an end next summer.

Alas, it was confirmed on WWE Backstage last night that Orton will be remaining with the company for at least five more years which will take him all the way up to the age of 44.

One man who has been there very step of the way for Orton’s WWE career is Triple H, and the boss had some things to say about the master of the RKO sticking around.

The fact that The Game was so relieved to put the rumors to rest suggests that it was well known behind the scenes that Orton was teasing the AEW switch. Whether or not there was any actual validity to it remains to be seen, but either way, it’s interesting to see that HHH felt the need to comment.

Orton’s feud with Kofi Kingston earlier on this year certainly brought a little bit of purpose back into his tenure with WWE, with many fans feeling as if he was just sort of going through the motions before eventually moving on to pastures new.

Now, though, the confirmation has come through and Orton is ready to cement himself as a “WWE lifer” once and for all, so long as he doesn’t decide to retire early, which seems unlikely.