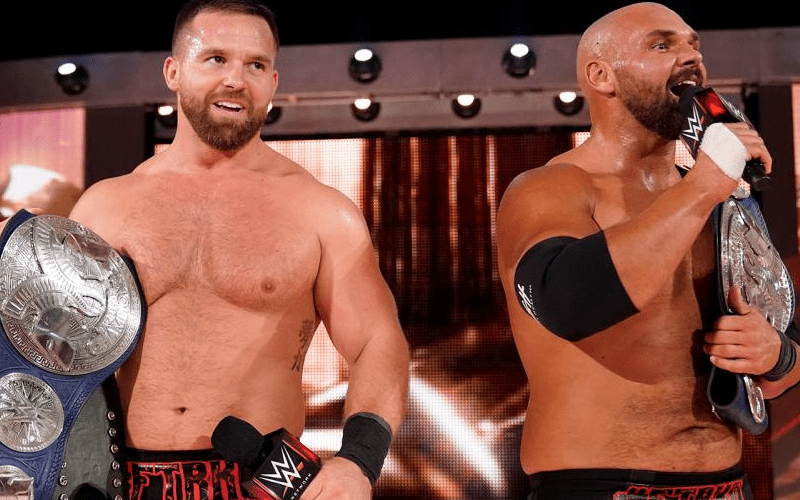 Scott Dawson & Dash Wilder, aka The Revival, have often been viewed as one of the best tag teams in recent memory within WWE – and for good reason. The multiple-time tag team champions always go out there and give it their all and we, as fans, have noticed that work ethic and drive.

The pair still have a lot left to accomplish in this business, and while it seemed like All Elite Wrestling could be their next step, that no longer appears to be the case as they continue to focus on improving their position within the WWE family.

As they gear up for a blockbuster match at Survivor Series, the pair had some interesting remarks for NXT’s official Twitter account.

These two always seem to do a great job of furthering the story of whichever feud they may be involved in, and they’re also rapidly becoming one of the most popular tag teams of the last decade or so to go alongside their overwhelming abilities in the ring.

The expectation is that Dash & Dawson will give all they’ve got in the blockbuster tag match, but in the end, it just won’t be enough. Either way, though, it serves as even further exposure to the masses on a pretty significant stage.

The whole RAW vs SmackDown vs NXT premise is definitely interesting and has lived up to the hype thus far, but we just hope that trend continues and doesn’t begin to tail off at all in the next few weeks.