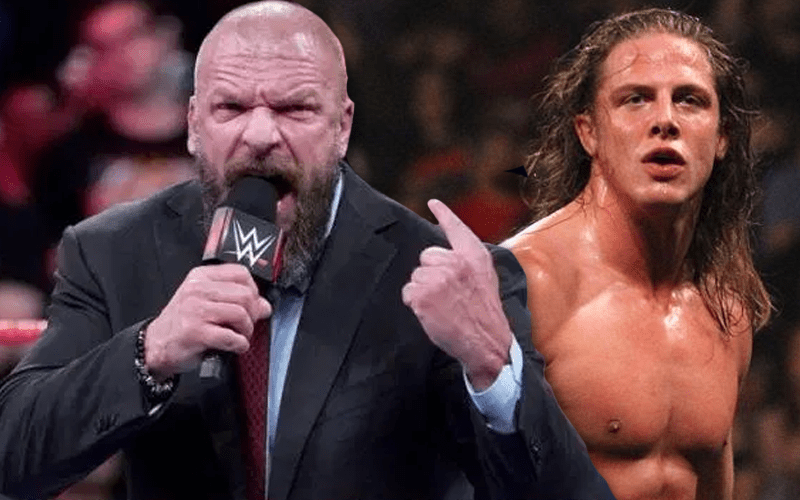 Triple H seemed quite happy with the results he experienced after leading NXT into battle last Friday. The “developmental” roster took over SmackDown with very little notice and they filled out the show when the remainder of the roster was still stuck in Saudi Arabia.

While speaking to WWE’s The Bump, Matt Riddle was asked about Bayley’s warning to watch Triple H. The Hugger said that The Game will turn on the NXT roster eventually. Riddle had to agree with this, but it is just because Triple H is a smart businessman.

“Well, you know this is a business first and foremost. I agree with that. This is a business. If he sees an opportunity, I think Triple H will turn his back on anybody at any time, you know? That’s why he is where he is and why he’ll probably stay where he is. At the end of the day, me being smart and knowing what I’m getting into I’d be stupid not to think that.”

We’ll have to see when Triple H might turn his back on The King Of Bros. This could definitely set up a high-profile match if given the right build and situation. In the meantime, Riddle seems quite happy with Triple H having his back as a member of the NXT roster.