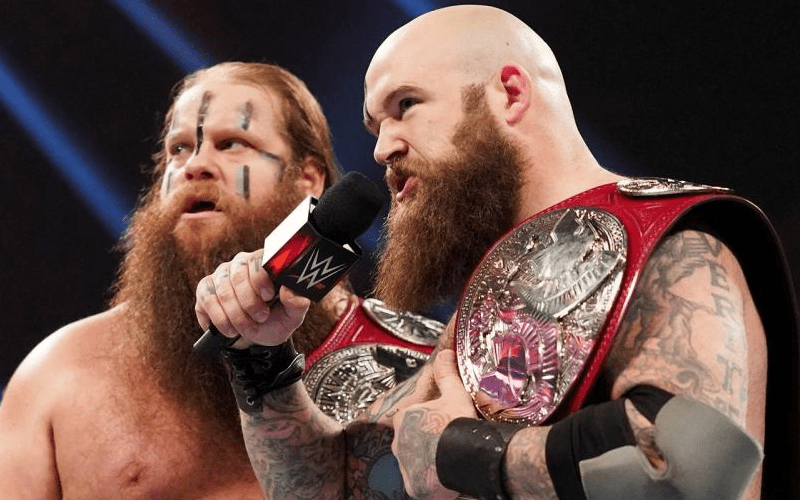 WWE will sometimes change a Superstar’s name without much warning or reason. In the end, it’s totally Vince McMahon’s decision.

We previously reported that Ricochet made a joke about WWE limiting his move set and “watering” him down. Some fans are steadfast that WWE has changed the way he works in the ring, but he would like to disagree.

One fan sent Ricochet an animated gif of him doing a flip in NJPW and said that they missed seeing him do that. The One And Only replied saying: “I literally do that in my entrance. Every time! Hahaha.”

You wear a slightly different costume. And they changed our names. Clearly our careers have been totally ruined.

The public perception of what is best for a WWE Superstars might totally depend on personal preference. Bias toward WWE could also play into things If you ask Ricochet and the Viking Raiders they don’t have much to complain about at this point.