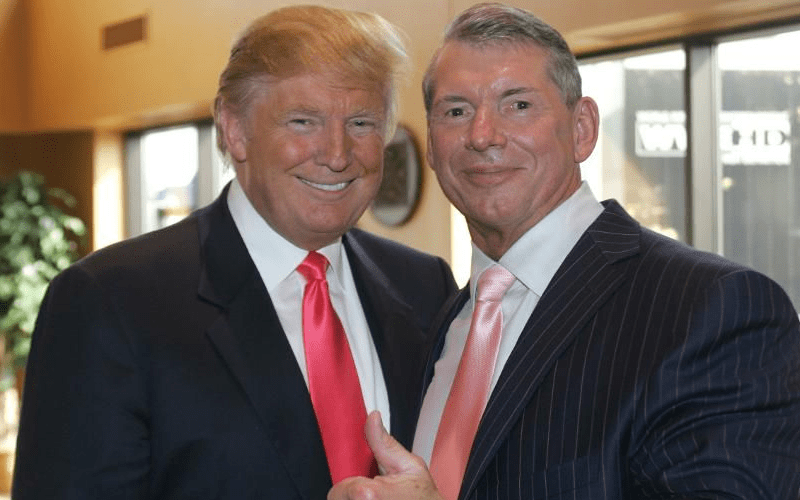 WWE’s Hall Of Fame includes several notable names and that includes President Donald Trump. We previously reported that WWE has invited the POTUS to attend Tribute To The Troops and he apparently spoke to Vince McMahon about it.

According to Brad Shepard, McMahon and Trump “talked” about the Tribute To The Troops special. The travel situation with Saudi Arabia was apparently brought up as well and Donald Trump was “glad” everything got resolved.

According to a source in #WWE, President Trump talked to WWE CEO Vince McMahon regarding the annual Tribute to the Troops show recently, and I’m told the travel situation with Saudi Arabia was briefly discussed, with President Trump saying that he’s glad it was resolved.

Donald Trump has a lot on his plate right now. We’re not getting political here, but he might have more to worry about than showing up during a WWE event. The specifics needed to secure the location for Trump would also be a huge undertaking.

You never know if they can make it happen, but apparently, Vince McMahon and the President Of The United States Of America are still on speaking terms.