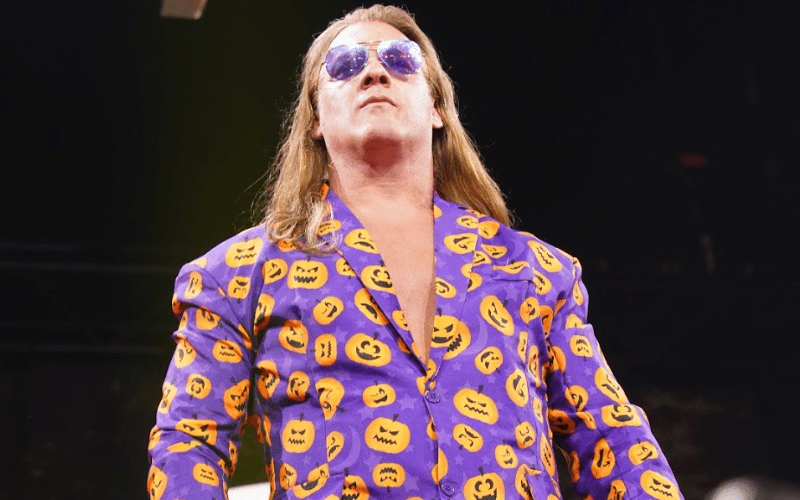 WWE Superstars have a lot of options outside of the company now. AEW is obviously a very attractive idea for some of them, but All Elite Wrestling can’t take everyone.

Although it’s questionable whether AEW would have signed Randy Orton, it’s a moot point now. The Viper signed a new five-year deal with WWE. It is very likely that Orton is getting a lot more money from Vince McMahon’s company this time around as well.

While speaking to Sportskeeda, Chris Jericho discussed WWE Superstars who might be using AEW to get bigger WWE contracts. That’s fine by him, but the fact is that not everyone can come to AEW because they don’t want to be “old-school TNA.”

“There are some other guys but we’re not trying to be old school TNA where anybody that wants to leave WWE comes to AEW, that’s not what we’re looking to do.”

“Obviously there’s Jon Moxley that when they become available [we sign them]. And Moxley was one of those guys who said ‘I’m out of here, I don’t care what you pay me’ and didn’t even look at the offer they gave him. That’s because he was done and ready to go. If you’re using AEW to make more money off of Vince, go for it! That’s great too but it’s not like we’re taking everybody that’s going to leave WWE to come to AEW. Because those guys who are working WWE now, they got huge raises, and if they were on the Indy circuit they wouldn’t be making 500 bucks a night.”

“The point is that Vince just doesn’t want anybody to leave WWE because it looks like an exodus if they do and makes us look even cooler. We do things our way, we’ve got a great roster of guys and if somebody becomes available that really wants to be with us and we think that they fit our vibe then we’ll take them.”

“It doesn’t mean that they’re going to get millions and millions of dollars to come because once again, that’s not what we’re doing. I think we’ve assembled an awesome roster with at least ten to twelve potential main eventers and we have to build all those guys up first to build up all the mid-card guys, and then build up all the opening match guys to create stars. That’s what we have to do, quickly, create stars. And once we do that we’ll be even higher up the food chain than we are now.”

AEW has a few former WWE Superstars, but most of their roster never saw a big spotlight on Vince McMahon’s stage. We might see a couple of Superstars jump over to AEW, but Randy Orton isn’t going to be one of them for at least another half a decade.