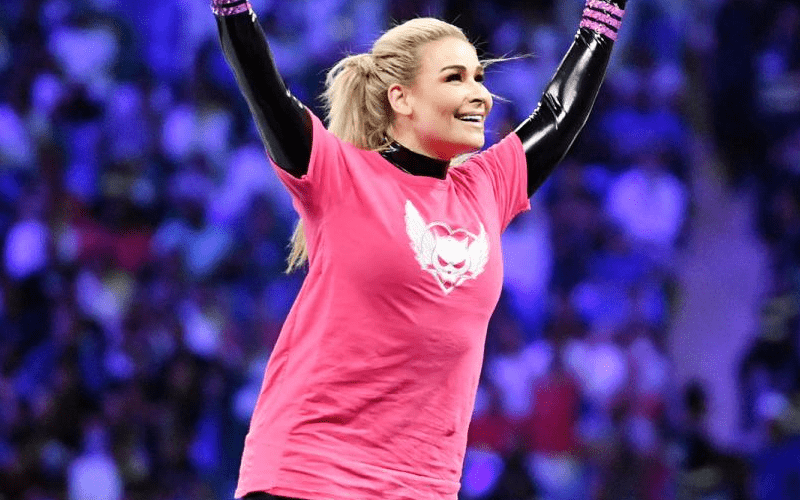 WWE held their first women’s wrestling match in Saudi Arabia at Crown Jewel. This was a big event that was overshadowed in a lot of ways by the travel controversy that followed.

While speaking to Yahoo Sports, Natalya revealed that the match wasn’t real for her until Michael Cole announced it. They had been told days prior that a match was likely, but this historic moment wasn’t a sure thing at the time.

“[When Cole announced it] that’s when it became official for me. We had been hearing rumblings that we were going to get the match, but we still weren’t sure, it was up in the air. About two days before we went to Saudi Arabia this time, we were told, ‘Hey, there’s a good chance that you guys get a match. We can’t guarantee it, but it’s looking good.’ For us, we were cautiously optimistic because we didn’t want to get our hopes up and then have them dashed.”

We’ll have to see if women will get to perform at future Saudi Arabian events. It certainly seems likely after opening the door this time around.

They might be able to hold a couple of women’s matches especially if enough top Superstars don’t change their minds about not going back to Saudi Arabia.