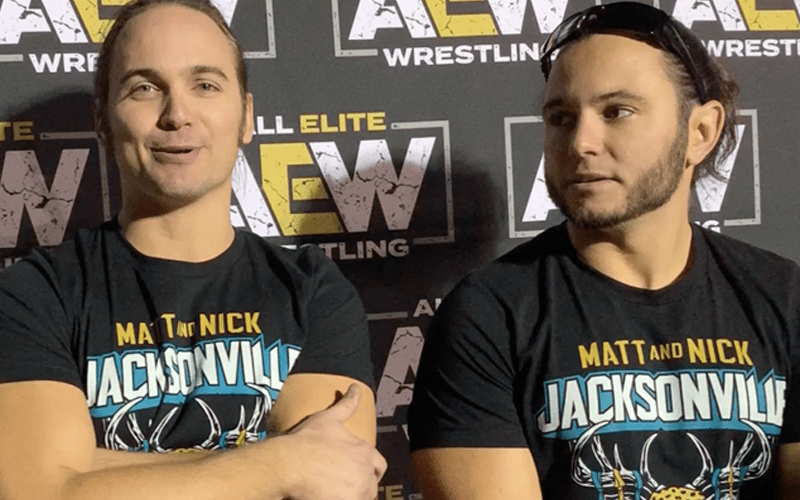 The Young Bucks, Cody Rhodes, and Kenny Omega had great stints in New Japan Pro Wrestling before starting AEW. The idea has been brought up by several fans wondering if NJPW and AEW will ever join forces. That is not happening.

Nick Jackson cleared the air as he said there is zero chance of any partnership between AEW and NJPW. He didn’t want to get fans’ hopes up so he squashed this rumor.

It’s really not happening. Been asked this thousands of times and telling the truth is always best. Don’t want fans holding onto something that has zero chance of happening.

NJPW has a relationship with ROH which makes a deal much harder as well. There could be other factors in play, but don’t hold your breath about things changing any time soon.