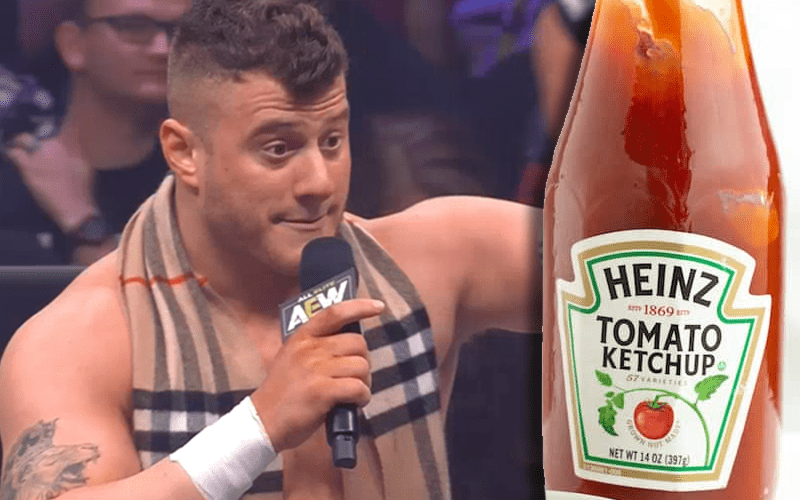 Maxwell Jacob Friedman has an outstanding ability to draw heat on himself. It looks like he’s starting a beef with condiments.

Someone tweeted out an image of MJF saying that deep dish pizza isn’t pizza. This was followed by a warning saying to not book Friedman in Chicago.

Another fan replied saying: “This reminds me of how I eat hot dogs with ketchup in secret in Chicago.” Heinz Ketchup noticed this and they replied saying:

“We’re Heinz, and we’re better than you…”

They responded by egging The Salt Of The Earth on a little bit:

Please don’t. We have nothing but respect and admiration for the Salt of the Earth. Plus, we just terminated our legal counsel of Inner Circle and Associates.

Friedman has yet to reply to this tweet. It does sound like All Elite Wrestling might have a sponsorship opportunity if they want to give Heinz Ketchup a call.