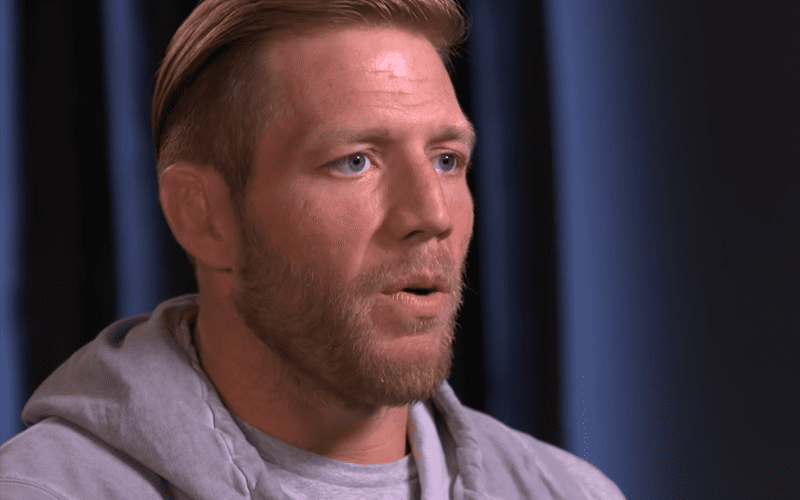 Jake Hager has a much better position in AEW than he did in WWE and he hasn’t even wrestled for All Elite Wrestling yet. The new company is treating Hager like a legitimate threat, and there is nothing hokey about his gimmick.

While speaking to Busted Open Radio, Hager lamented a bit about his WWE run. He said by the time Bully Ray knew him, he was already doubting who Jack Swagger was. WWE beat him down so much he compared it to a dog not feeling like he is worth anything.

“I really am. You know, I am very thankful for the run that I had there [in WWE] but towards the end there when Bully [Ray] was there I was very unhappy. I didn’t know how to make the changes. How to use my hard work to make the changes that I needed to do to get to where I wanted. After so long in that, you beat a dog so many times that dog is going to think that he isn’t worth anything so I feel so refreshed being out of there and in the situation we are now.”

“Honestly, this was the plan now for three years since we left WWE to go into pro fighting and make a name for ourselves and crossover. We kind of felt that the explosion of pro wrestling was going to happen and it was a perfect storm to sign with AEW. It really is something special. When you are on the road for 250 days a year you’re not with your family; you’re not with a lot of people a lot of the times so I felt really lonely at times, and now that I have been out, I take my kids to school every single day. Really, my family is my strength and I realize that and I am leaning on it.”

As a still-undefeated Bellator fighter, Jake Hager has a much better position in AEW as his character is already more well rounded. We’ll have to see what’s next for Hager, but he did name Chris Jericho first when asked who he would like to face in All Elite Wrestling.