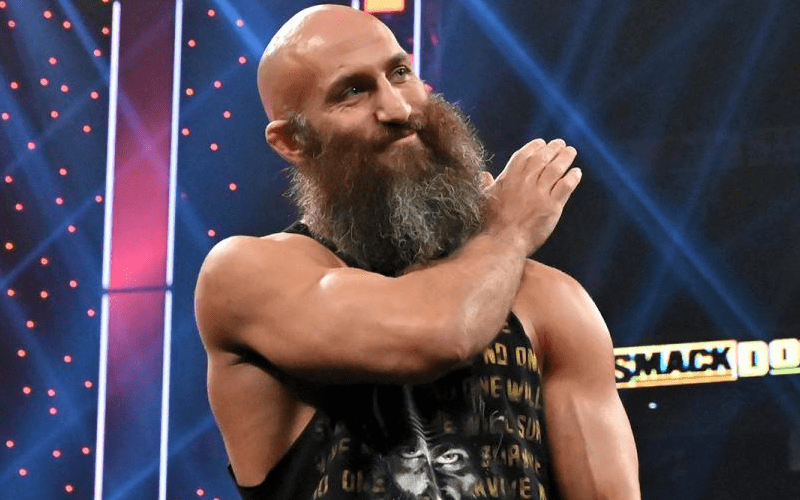 Tommaso Ciampa showed up on SmackDown this week because WWE Superstars were still stuck in Saudi Arabia. He had a segment with The Miz that resulted in a win for Ciampa on the blue brand.

Tommaso commented on Twitter that his pursuit of the NXT Title will have to wait. He is “going to war” with the WWE main roster and he is apparently focused on Survivor Series.

“Goldie, you’re going to have to wait. Daddy’s going to WAR.”

I am always two steps ahead. ALWAYS.

It will be interesting to see how WWE implements NXT into their Survivor Series pay-per-view. Some NXT Superstars might find themselves working two angles that weekend, but it appears Ciampa won’t be getting his NXT Title shot so soon.