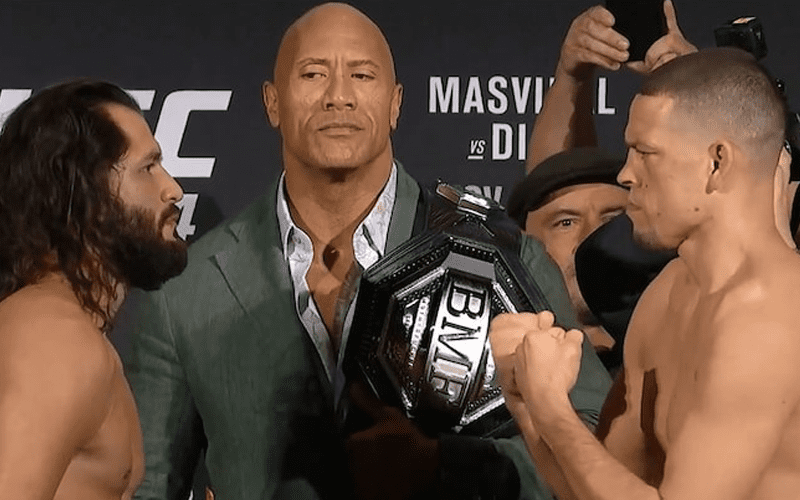 The Rock showed up at UFC 244 to present the new BMF Title. The fight was called off because of blood and Nate Diaz was not happy at all.

After his fight at UFC 244, Nate Diaz threw some shots at The Great One. It might have been lighthearted, but he still said it.

“F*ck [The Rock]. He’s on that side, f*ck him’ I’m on the west coast side. Mike Tyson should’ve been here anyway, he’s the baddest man on the planet. He should have been the one over here.”

“You guys caught me under a bad time, but The Rock’s cool. I like Ballers. But he picked the wrong side, he picked another side, so he can get his ass whooped too. With all due respect, he can get it too… I just know he was on his [Masvidal’s] side. He’s got to be. He’s from the same town and all that, he’s got to be. You on his side, f*ck you.”

The Rock might have received some shots from Diaz, but it’s understandable that he would be upset. He wanted to keep going, but the referee called the fight off due to a nasty cut.