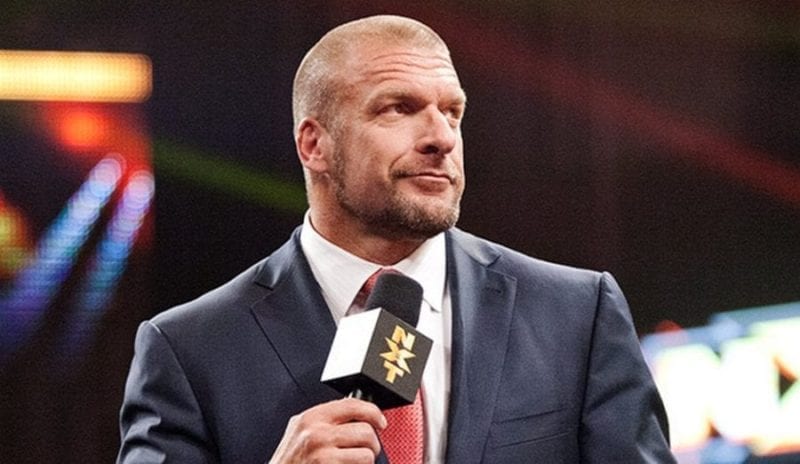 WWE’s third brand really made a big impression last night as they invaded SmackDown. This was something that was crucial since most of the WWE main roster was either stuck in Saudi Arabia or they were still on their way.

On After The Bell, Triple H discussed NXT’s current position in WWE. He is thrilled with where they are and for good reason. He also remarked that their October 2nd debut was “almost like a TakeOver.” Then The Game spoke about how they plan on making a smooth transition into a weekly series.

“I’m thrilled with where it is. There’s a lot of conversation about the Wednesday Night War, but it’s never been about that for me. I’ve been saying for a long time, the one thing I felt NXT could use was more time. We were at a point where we had a robust bench of talent, but in a one-hour show, you just don’t have the room to debut talent and get people opportunities as you’re trying to tell that episodic story. It became the curse of the one-hour. This has opened up that door to getting new characters and talent out there.”

“That 10/2 show was almost like a TakeOver. In the last week or so, we’ve come into the smooth transition of what NXT is. The storytelling, the characters, and building the long-range stories. I’m happy because I don’t feel like the product has changed or NXT has morphed into trying to be like Raw or SmackDown. It’s not about today. It’s about the long-range. We built this slowly over time. If you hot shot something and it gets over, it gets over. But it can die out as quickly as it picked up steam. When a talent gets over organically, and they’re over, they’re over.”

We’ll have to see how things pan out as Survivor Series gets closer. Triple H issued an open opportunity for RAW and SmackDown Superstars to join NXT on Wednesday nights. That being said, there could be a lot more attention on NXT in the next few weeks.