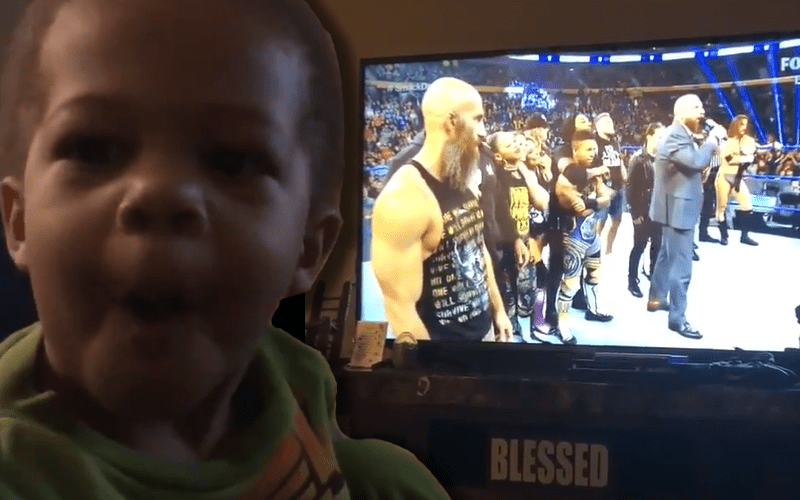 Lio Rush got to spend a lot of time at home with his family after he was pulled off the main roster. Now he’s NXT Cruiserweight Champion and having quite a resurgence.

Rush’s son was watching Friday Night SmackDown last night as his daddy helped invade the blue brand. He asked “daddy?” as he watched the television.

The Man Of The Hour only had a short comment to post along with this heartwarming video.

We previously reported that Lio Rush FaceTimed his son after winning the NXT Cruiserweight Title. That was a pretty cool moment. We’re glad that Rush shared this one with his fans as well.