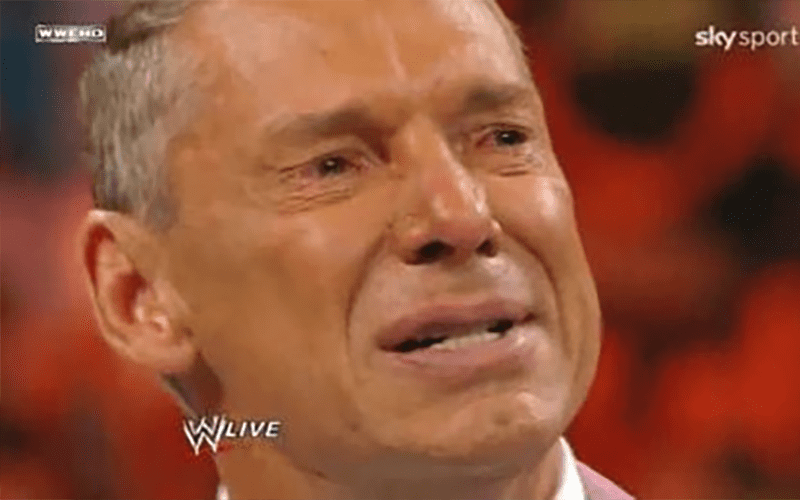 WWE Friday Night SmackDown was on FS1 last week and that was a big change. The show is normally on FOX, but due to the world series it was moved away.

The show only brought in 888,000 viewers during the broadcast. This is not good at all, but the Wrestling Observer Newsletter reports that Vince McMahon no-sold them from all outward appearances.

From what we were told, Vince wasn’t reacting to them at all and with a show to put together, nobody else brought them up except maybe quietly away from the action.

Hopefully, WWE will be able to garner a better ratings this week. Of course, they need to get Superstars out of Saudi Arabia for them to have a show at all. To the best of our knowledge, only twelve WWE Superstars were allowed to leave the country as of this writing.