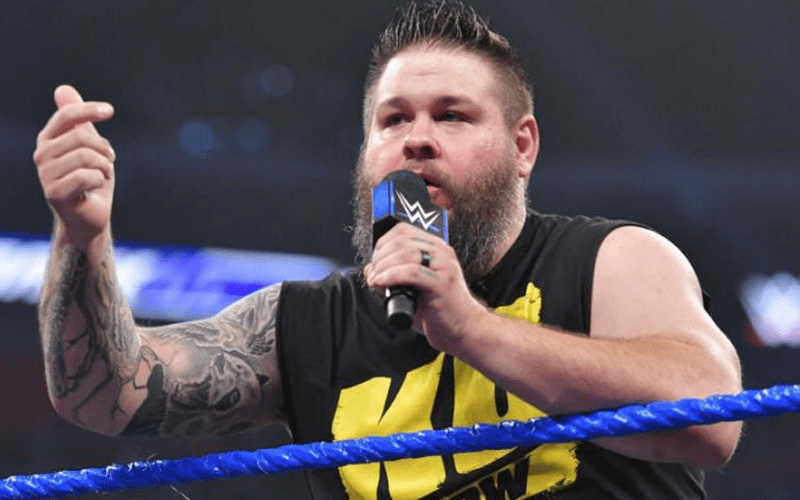 ‘The Fiend’ Bray Wyatt now holds the Universal Championship and that, in itself, is an unusual world for us to find ourselves in.

After Hell in a Cell it seemed as if WWE had no interest whatsoever on putting the strap on Wyatt, with golden boy Seth Rollins besting him inside the Cell. In the end, though, they listened to the fans and made The Fiend a champion.

As you can imagine there are plenty of questions that people have as to what could be next for Wyatt, beyond just a rematch with Rollins. One superstar, in particular, has an idea of his own.

Owens is pretty familiar with the Universal Championship having held it in the past, and we’re pretty confident in saying that he’d be happy to have another punt at it – this time, potentially, as a babyface.

Whether or not that actually comes to fruition remains to be seen but either way, the future certainly looks bright for Owens. Now that he’s been able to move on from Shane McMahon and re-focus his attention elsewhere, it seems as if the sky is the limit for what he can achieve.

Wyatt probably isn’t going to be losing the title anytime soon and neither should he, but Owens is an interesting challenger to take us into the New Year and on the road to the Royal Rumble. For now, fans will rightly spend their time basking in the glory of the fact that Wyatt has actually won the big one again.