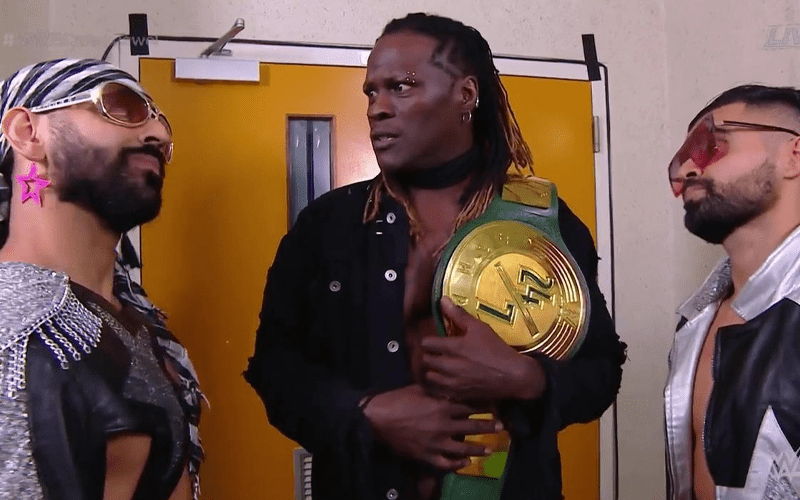 WWE held their fourth event in Saudi Arabia and the WWE 24/7 Title changed hands for the second time after Tyson Fury’s unsatisfactory win over Braun Strowman.

After Tyson Fury and Braun Strowman’s match concluded, R-Truth was shown backstage. He was still on the run and then Samir and Sunil Singh cornered him. Truth ended up running into a door that he thought was open and Samir Singh made the pin this time.

This win means that both members of the Singh Brothers have held the WWE 24/7 Title.