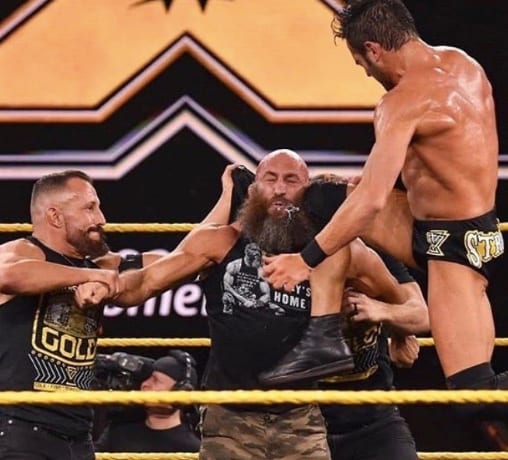 When Tommaso Ciampa made his return to NXT, very few people really cared all that much about what his character alignment was – because they were just happy to see him getting back to his best.

The former NXT Champion is determined to get ‘Goldie’ back around his waist, and understandably so. He did a lot of great things for that championship, and the only reason why his reign was cut short was because of an injury.

Now, as his quest to regain the belt continues, Ciampa has another group in sight – and that group is none other than The Undisputed Era.

Based upon this tweet alone, it doesn’t seem as if this is a good time to be a member of TUE. With so many guys on the roster wanting to knock them off of their perch, Ciampa included, it would appear as if we’re going to be in for some intriguing storylines over the next few months.

Tommaso’s road seems to be leading him back towards the top of NXT, and if this is the way in which it’s going to happen, we’re all in. He’s one of the most unpredictable wrestlers on the books in WWE and that’s the kind of dynamic you need to succeed there.

The Undisputed Era, on the other hand, are continuing to build some much needed momentum for themselves as they continue to rule over NXT with an iron first. Whether that’ll last beyond the next few TakeOvers, though, remains to be seen.