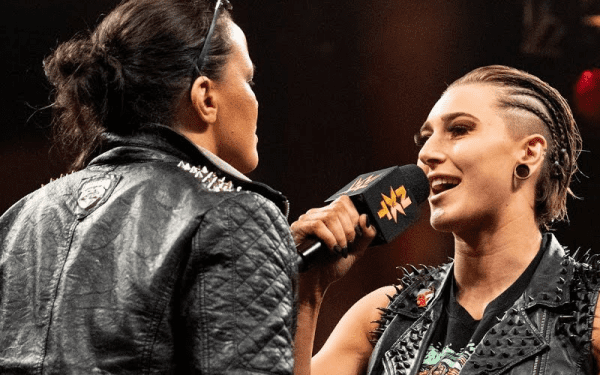 WWE NXT is making history with the first-ever women’s WarGames match. Shayna Baszler and Rhea Ripley will captain their teams and they are more than ready for the challenge.

Shayna Baszler and Rhea Ripley both spoke to CBS Sports about this big announcement. It’s pretty clear that WWE is going to be making history in a match with two team captains who really want to excel.

Baszler said it’s crazy to be in so many first-ever women’s moments in WWE. Now she just has to wonder what is next.

“It’s crazy to think all the big moments in history I’ve been a part of. I say this every single time. The first-ever Mae Young Classic and the first-ever all women’s pay-per-view. Every time a historical moment happens, I think, ‘What next?’ This is what’s next. I ask that every time. But the thing I have to look at for the future is retaining and defending the NXT women’s championship, whatever that entails.”

“Just the way NXT has been run and the importance placed on the women’s division, as long as I concentrate on the NXT women’s championship, that title has history behind it and historical importance. As long as I do my job in defending that, history will come my way. I don’t need to seek it out.”

Rhea Ripley spoke about the “mixed feelings” she has going into this big match. In the end, she wants to prove what she can do and certainly has the determination to get her there.

“I have a whole lot of mixed feelings, to be honest. I just can’t wait to get in there. To be able to make history time and time again, that’s all that I’ve ever wanted to do since being a little girl. I always knew that I was destined for something big in this world. I’ve already made history becoming the first-ever NXT UK women’s champion, and I’ve been in the first ever Mae Young Classic.”

“Now, to be able to break history again and be in the first ever women’s WarGames? It’s insane. And not only just be in it, but to be the captain of my own team is just incredible. I have so many mixed feelings about it and I can’t wait to step in there and give Shayna’s team what they have coming, you know?”

We’ll have to see who they pick for their teams. It seems like they have a lot of interested parties and that includes Nia Jax.