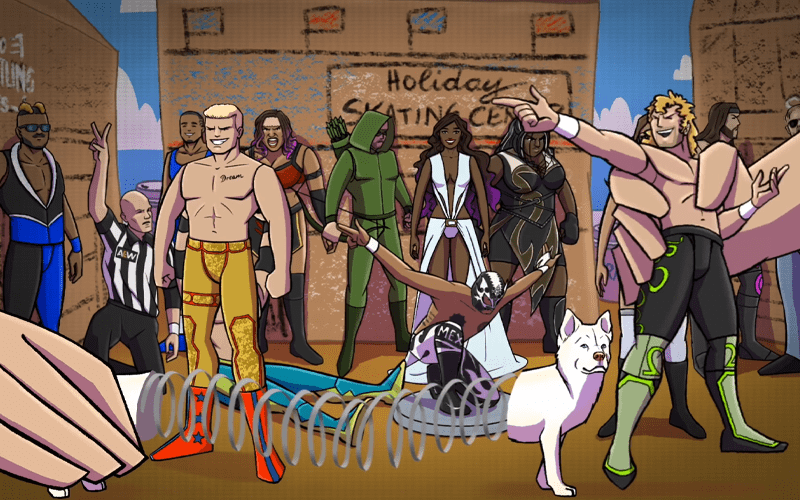 AEW celebrated Halloween last night with a big Rick And Morty tie-in. The next day they surprised all of their fans with a very special episode of Being The Elite.

The episode started out with an amazing Toy Story parody. Kenny Omega was shaking Dave Meltzer down for stars and then Britt Baker played the part of Bo Peep complete with Adam Cole tied to train tracks.

Chris Jericho wasn’t willing to help because he was just there for the bubbly. Then “Hangman” Page came in for the save. While re-enacting the opening scene from Toy Story, Pharaoh played the part of Slinky Dog and of course, Luchasaurus played the part of Rex.

It was a great opening segment and that was just the beginning of the video. It all turned out to be a dream of “Hangman” Page. He dismissed the dream as being weird because he’d never feud with Kenny Omega, would he?

You can check out the whole video below.