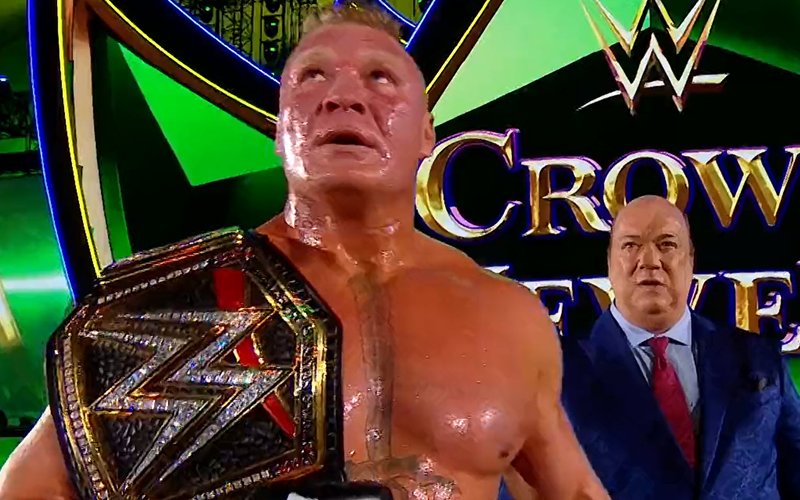 Brock Lesnar defeated Kofi Kingston for the WWE Title earlier this month during the debut of Friday Night SmackDown on FOX. His first title defense was against a man who has already defeated him and taken a title in the UFC.

Lesnar looked like he saw a ghost when Cain Velasquez made his debut in WWE. Then the former two-time UFC Heavyweight Champion set his focus on taking the Beast Incarnate’s title at Crown Jewel.

Their contest kicked off WWE Crown Jewel and it had a big match feel. Lesnar and Velasquez felt each other out, but neither man gained a clear advantage. The two brutes muscled each other the ring for a bit more as Cain delivered a few punches.

Suddenly, Cain landed a kick that put Lesnar down. Before he knew it, Brock Lesnar had the Kimura lock on and Velasquez tapped out.

After the match was over, Rey Mysterio hit Lesnar with a chair to get him off of Velasquez. Then Lesnar tossed Rey over the ropes, but he kept the chair to destroy it over Velasquez. This was followed by an F5 on a steel chair.

Suddenly, Mysterio ran in the ring and belted Lesnar with chair shots until he left. One of those shots was a clear unprotected chair shot to the face.

Lesnar might have retreated, but he is still WWE Champion.