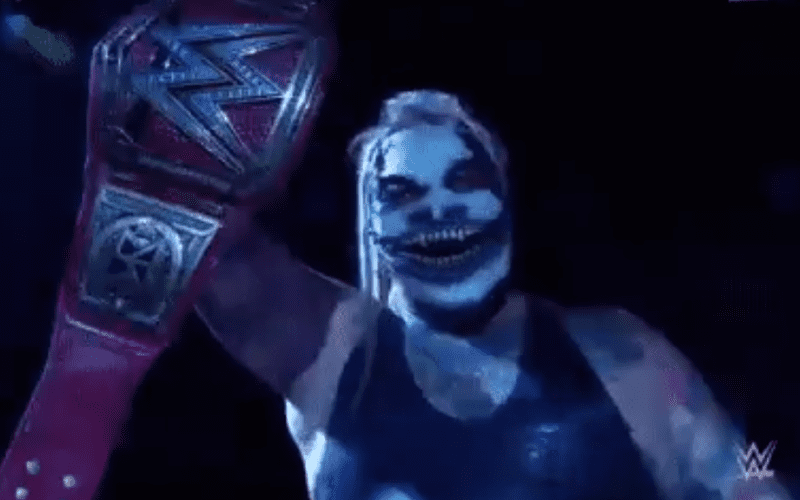 Seth Rollins and Bray Wyatt fought all over the stadium in the headlining match at WWE Crown Jewel. The end of this match included plenty of explosions and a fire, but The Fiend rose.

Just like something out of a horror movie, Seth Rollins kicked Bray Wyatt off the Crown Jewel stage causing him to fall into a pile of pyro. There were fireworks and a fire. Seth thought that he got the job done.

Little did Rollins expect, but when he walked around to retrieve The Fiend, he popped up and latched on the Mandible Claw. One Sister Abigail later, and Bray Wyatt was raising the WWE Universal Title over his head.

This is a very interesting situation as both main roster titles in WWE are now on the same brand.