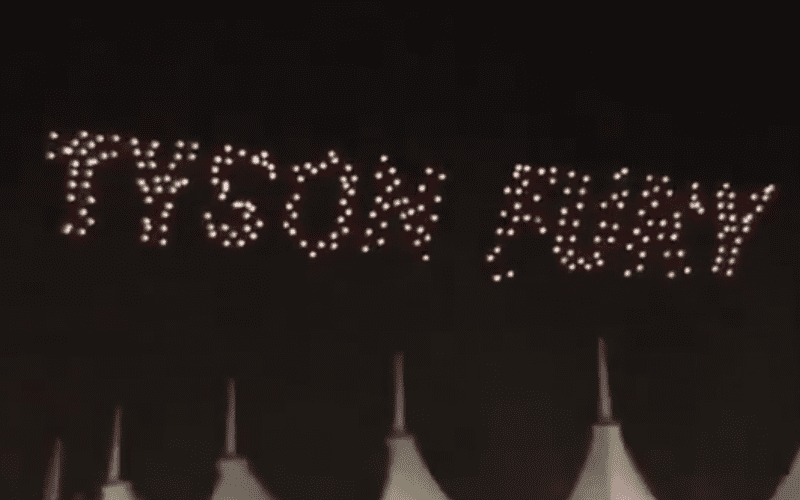 WWE is bringing a big show to Riyadh for Crown Jewel on October 31st. It will be a historic event as well because WWE will hold their first-ever women’s match in the country.

We previously reported that they are testing out some new pyro technology at WWE Crown Jewel. They are able to make the WWE logo appear in the sky, but that’s not all.

As you can see in the video footage below, Tyson Fury is also getting his own unique special effects. They are able to create The Gypsy King’s symbol in the Saudi Arabian sky.