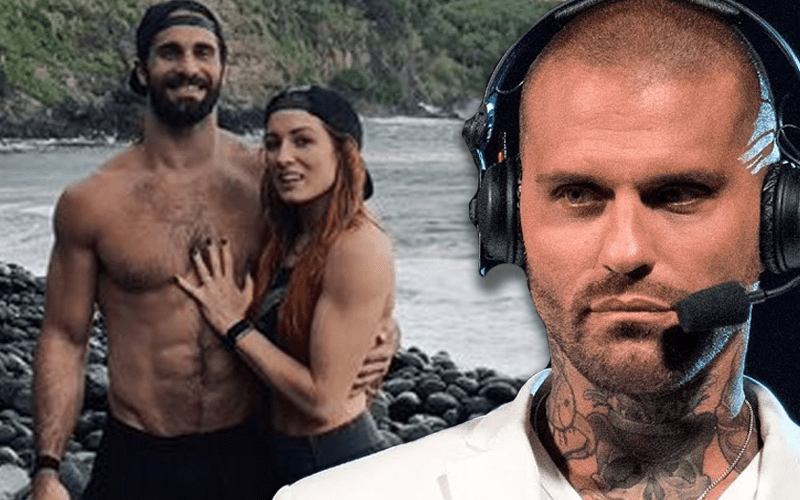 Corey Graves has called plenty of matches for Seth Rollins and Becky Lynch. The fact that they are in a relationship is pretty much known throughout the entire WWE Universe, but in case nobody got the memo WWE reminds fans on a constant basis that this is a fact.

During WWE After The Bell, Graves introduced Seth Rollins as his guest in a very interesting way. He joked saying that he is “legally” obligated to mention Rollins and Lynch’s relationship.

“I am legally required by WWE standards to let you know that you are in fact in a real-life relationship with the RAW Women’s Champion Becky Lynch.”

Rollins replied by saying, “Yeah, they have to tell you that. They have to make sure that everybody knows that. That’s how that works.”

Then Corey Graved responded with: “I’m as tired of saying it as you are of hearing it, trust me.”

The Man and The Architect are engaged to be married. We can only imagine how many WWE cameras will be present at their wedding or how the company might want to work those nuptials into a storyline.