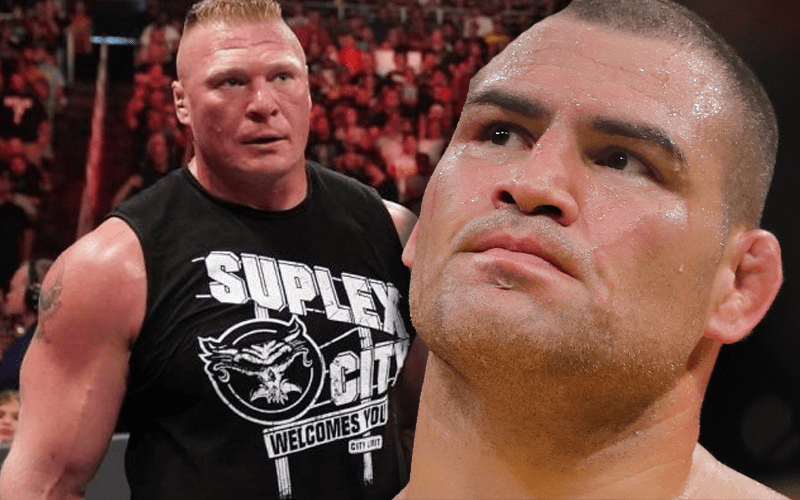 Cain Velasquez is training hard for WWE Crown Jewel, but this is a new experience for him. Rey Mysterio said that Velasquez is taking to his pro wrestling training incredibly well, but we’ll just have to see what happens in Riyadh.

While speaking to the New York Post, Velasquez noted that he’s “very cautious of what he [Lesnar] can do and what he’s capable of and I think he thinks the same way [about me].”

In then end, he hopes to become more comfortable in a WWE ring. He has the next three years in the company to get adjusted, but they are certainly throwing Velasquez in the deep end expecting him to swim.

“I think in the future for me when I get a little more comfortable with this is to incorporate everything, everything that you can do in combat sports, the MMA, the WWE style of wrestling and also adding the lucha in there as well.”

Cain Velasquez picked up some lucha libre techniques while training in AAA. Now he will learn some of WWE’s ways to go about things which will likely include more of a heavyweight move set.

Velasquez still might be able to pull off a springboard stunner, but the big question is whether he will be able to catch Brock Lesnar with any lucha libre moves during their big match on October 31st.