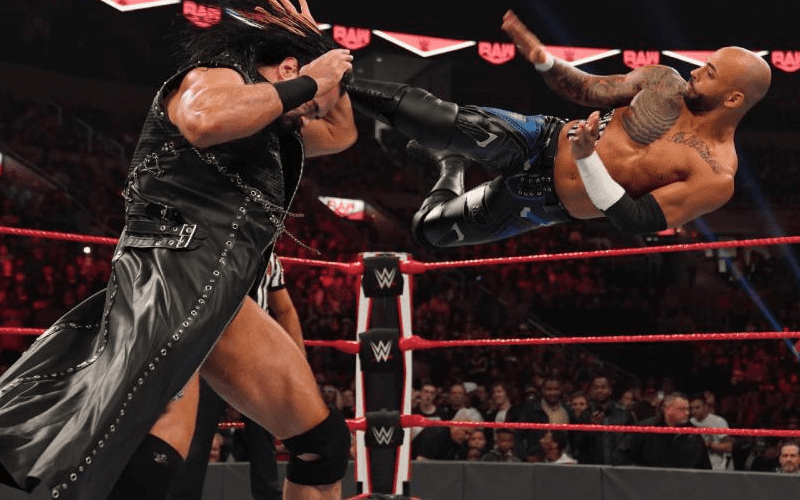 Ricochet and Drew McIntyre wrestled for the second week in a row this week. There is a very good reason for that.

Dave Meltzer explained during Wrestling Observer Radio that Ricochet vs Drew McIntyre took place for the second week in a row because it did well in last week’s ratings.

“The reason they did Ricochet vs Drew McIntyre again was because it was successful. That’s why. They had a good match and they did good ratings. That’s why they wrestled again, that makes sense. That’s why they didn’t have a finish — well they had a finish and it was Randy Orton in St Louis interfering.”

We’ll have to see if Ricochet and Drew McIntyre’s second match in two weeks is able to hold the same ratings they did last week. Fans wouldn’t have known about Orton’s interference either so that shouldn’t have played into any of their reasoning for tuning in.