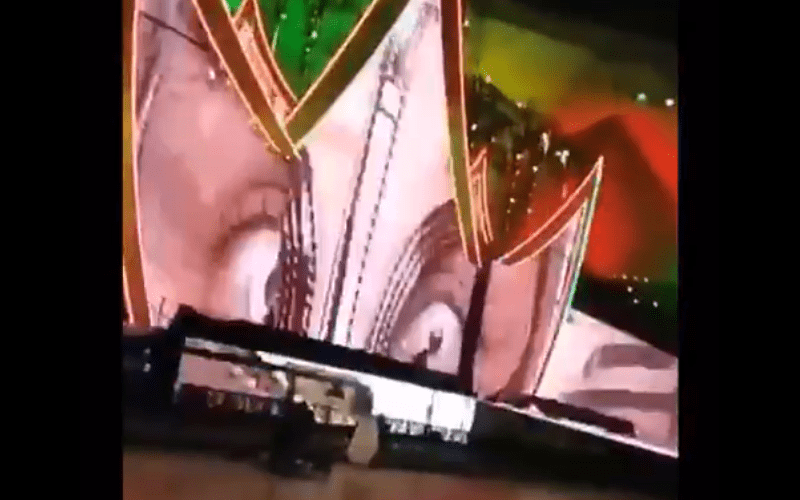 WWE is gearing up for Crown Jewel this Thursday and the crew in Saudi Arabia worked very hard to construct a massive stage for the event.

Ring_Rules has released video footage of several entrances that WWE is preparing for the event. You can see how the staging will be lit up as entrances such as Brock Lesnar, Shinsuke Nakamura, Rey Mysterio and Randy Orton appear on the stage.

In a tweet translated to English, it is said:

WWE Crown Jewel will be a big event and we might see a title change or two. If you can’t watch the show live due to the 1:00 PM EST start time, we’ll have complete coverage right here at Ringside News.