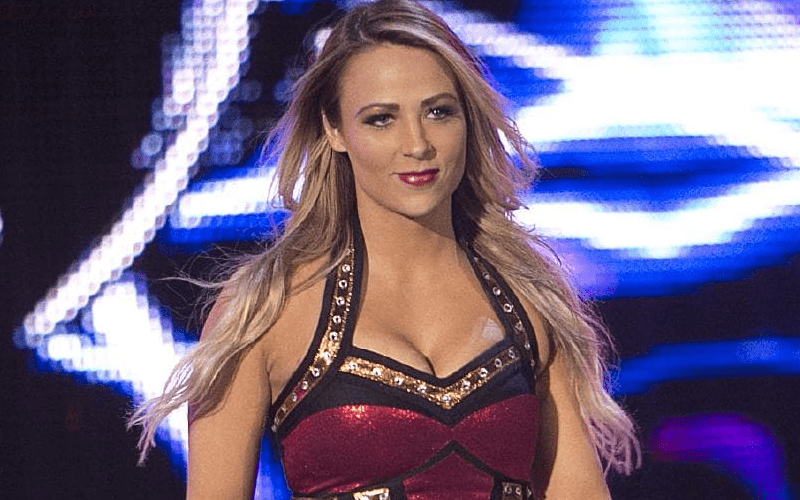 Tenille Dashwood was released suddenly in 2017. Then she was “Emma” no more. This was after she was given the honor of facing Asuka in the Empress Of Tomorrow’s first two main roster matches.

While speaking to Chris Van Vliet, Tenille Dashwood said she was shocked by her WWE release and she had no idea it was coming at all.

“It was actually a really big shock for me. I had no idea. At the time, I was in a feud with Asuka and we had just done the PPV and that was her debut, her PPV debut, I think it was her actual debut as well. We had an awesome match, I remember everyone loved it and then we had a match on RAW the night after and then basically by the end of the week, I had a call saying I was released.”

Tenille Dashwood ended up in ROH and traveled the indies. She was injured for a time and dealt with some personal illness issues as well. Now she’s appearing for Impact Wrestling in 2019. We’ll just have to see where she ends up next year.