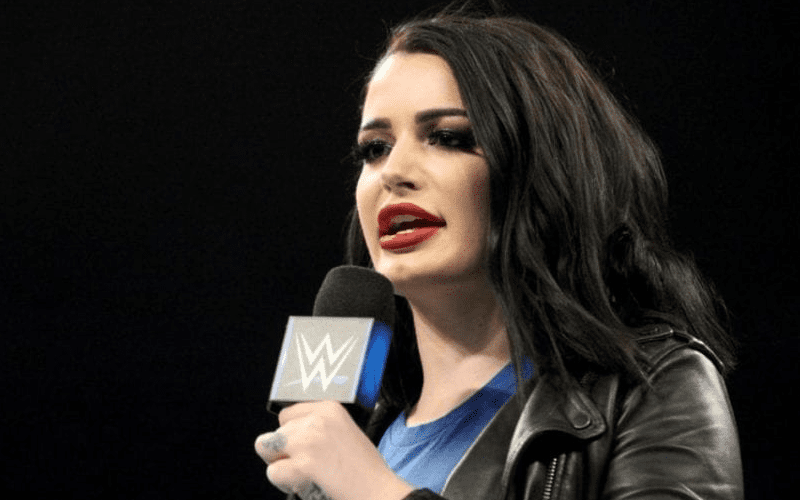 Last night saw the return of former Divas Champion Paige to WWE television as she came back to praise The Kabuki Warriors, whom she was able to help bring up to the main roster as a new tag team.

Following their recent heel turn nobody really knew what kind of reception they were going to give Paige, given that she was coming across as something of a babyface. In the end, we got our answer as Asuka sprayed green mist in the eyes of her former friend.

Becky Lynch was on hand to assist, but away from what actually happened in the ring, Paige took the time to reflect on what it meant to her to step back inside the squared circle in front of the WWE Universe.

Paige has had her fair share of struggles over the years which have been well documented, with one of the most notable being her retirement after she was forced to hang up her boots following a serious neck injury.

While it seems unlikely that she will ever step foot back inside the ring as an active in-ring competitor ever again, a lot of fans are just happy to see her being involved in some way, shape or form.

As for Asuka, it certainly seems as if WWE is setting her up to be one of the next challengers for Becky Lynch’s RAW Women’s Championship. That, in itself, is the kind of feud that will get fans tuning in to see what’s happening in the women’s division.