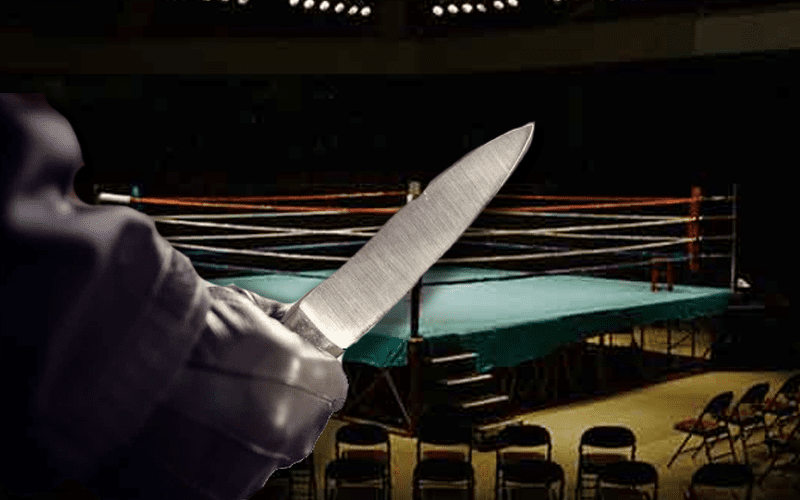 You never know what can happen at an indie wrestling show and fans in Jefferson Indiana really had a surprise on Friday night. The Kentucky-based company Paradigm Pro Wrestling held an event and there was a very shocking spot during that show.

Cole Radrick says that he was cutting a promo in the ring when he was jumped by a wrestler named Hy Zaya who was wielding a knife. Radrick says this angle happened without his consent.

Paradigm Pro Wrestling later tweeted out an apology for this shocking angle:

We would like to publicly apologize to @ColeRadrick regarding an incident that occurred following his match with @kerryawful on Friday night. It was inexcusable, and we will do better in the future. Please see our full statement below:

Cole Radrick later tweeted out to explain that he had no idea this spot was going to happen either. Apparently, the offending wrestler was also intoxicated and/or under the influence of something else and he was threatened to go along with the spot.

Last Friday, I had a knife pulled on me and held to my neck in the ring mid-promo in a situation I had no prior knowledge or approval of by a wrestler that was intoxicated and under the influence. I was then told we could work together or “sh*t would get rough for me.”

Hopefully, this kind of thing won’t happen again. It’s doubtful that Paradigm Pro Wrestling will be letting any wrestlers go to the ring for a while without asking them what they’re doing and checking their person for any non-approved weapons.