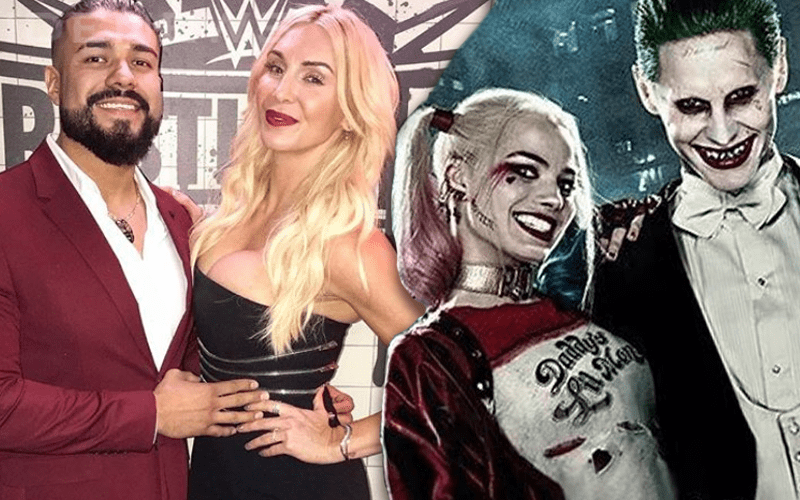 Charlotte Flair and Andrade are quite a power couple behind the scenes in WWE. They might not be on the level of Joker and Harley Quinn, but they certainly took their Halloween game up a notch.

The Queen recently posted a picture with her and Andrade where he looked more like a jester. In fact, the pair pull off the iconic super villain tandem quite well.

Because everything she does comes from within; from some dark impulse. I guess that’s what makes her so thrilling to watch. So dangerous. Even perfect at times, but also so damn destructive.

We’ve seen some pretty good Halloween costumes already and the best is probably yet to come.

It’s anyone’s guess what will happen on AEW Dynamite when they broadcast on October 30th. It’s not likely that WWE will be able to celebrate the holiday during their Crown Jewel Saudi Arabia event which is actually on Halloween day.