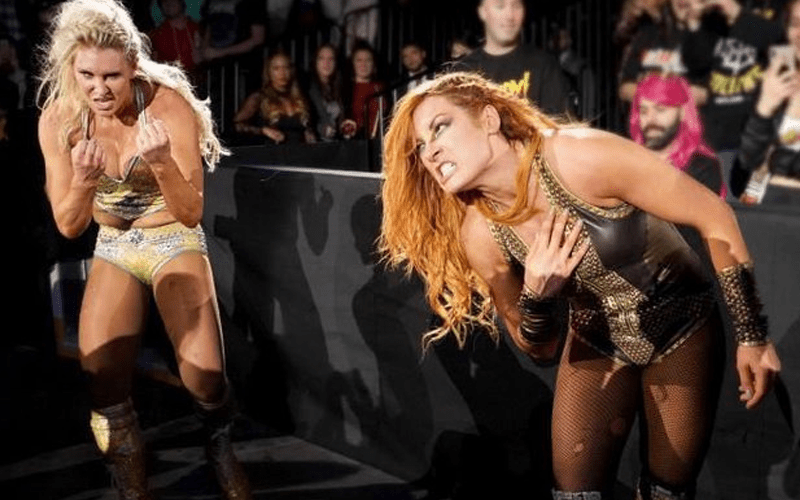 Becky Lynch and Charlotte Flair have battled for pretty much their entire WWE careers. There doesn’t seem to be an end to their feud either, because even when they are in an alliance neither can fully trust the other.

Becky Lynch put out a tweet featuring a shot from a match she had with Flair a year ago. Then she followed it up with a second tweet that really put things into perspective.

“…with the fact The Man whipped your ass as usual. #YouSuck”

It seems that The Man and The Queen might not be done tangling with each other in the ring. Becky Lynch seems to be preoccupied at the moment, but with no pay-per-view with a women’s match until late November WWE is biding their time before getting Lynch involved in another title feud.