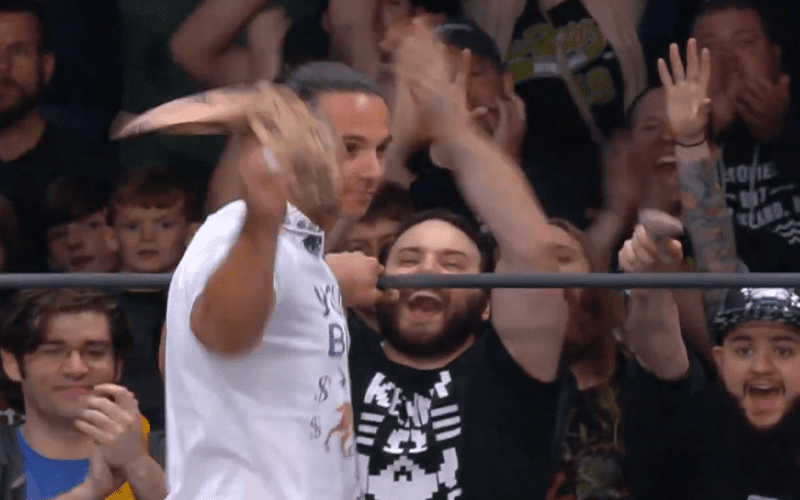 AEW Dynamite was a great show last week even if the World Series kept them from topping 1 million viewers for the first time. After the show went off the air, the Elite had a big surprise.

Nick Jackson has been dressing his brother Matt Jackson in AEW’s top selling items for the past several weeks. This includes a necktie, a t-shirt, flip-flops, a scarf, and a beach towel. When Dynamite was off the air, Nick Jackson wanted to know where Matt was with all that best selling merch.

Matt eventually came out wearing all of those items at once. Then he got in the ring and ended up throwing everything to the crowd. Brandon Cutler was robbed of his merchandise and it was tossed to the crowd as well. Then Nick Jackson gave away a dented steel chair to a fan at ringside.

Then the fans wanted Cody’s tie, but MJF wouldn’t let him throw his belongings to the crowd. He ended up doing it anyway.

It was a pretty wild time and it was all featured in the latest episode of Being The Elite. It just goes to show that if you’re ever at an episode of Dynamite live you should never leave until the show is over.