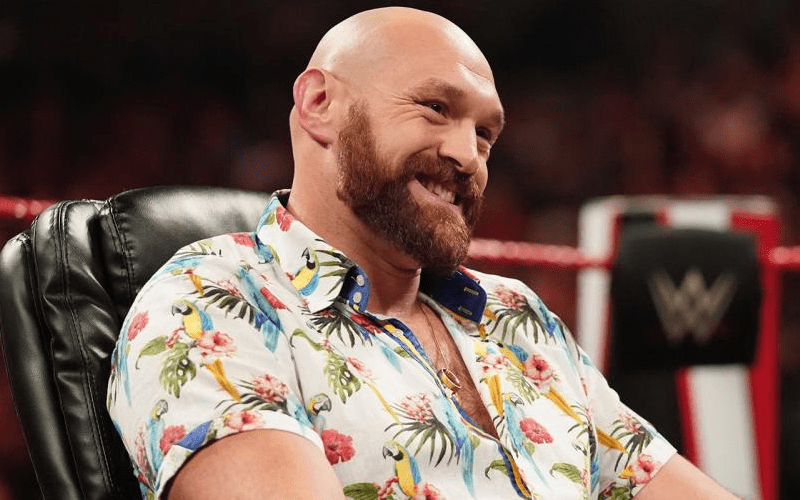 Tyson Fury is set to face Braun Strowman in Saudi Arabia at Crown Jewel. That big match goes down this Thursday, and Fury is training hard. He was able to take a break for an American football game recently.

The Gypsy King was in England for the NFL’s London series. The Cincinnati Bengals faced the Los Angeles Rams at Wembley Stadium. Fury said that he’s soaking up some American culture before jetting off to Saudi Arabia to “smash” The Monster Among Men.

“I’m here to take in some of this American culture and soak it up all before I go to Saudi Arabia and smash Braun Strowman.”

It will be interesting to see how WWE books Fury vs Strowman. They were just starting to build Braun Strowman’s character once again, but Fury is a special attraction as an undefeated heavyweight boxer.

It is also important to remember that all of this is going down in Saudi Arabia where traditional WWE booking can sometimes take a back seat to what the powers that be in the Kingdom Of Saudi Arabia request.