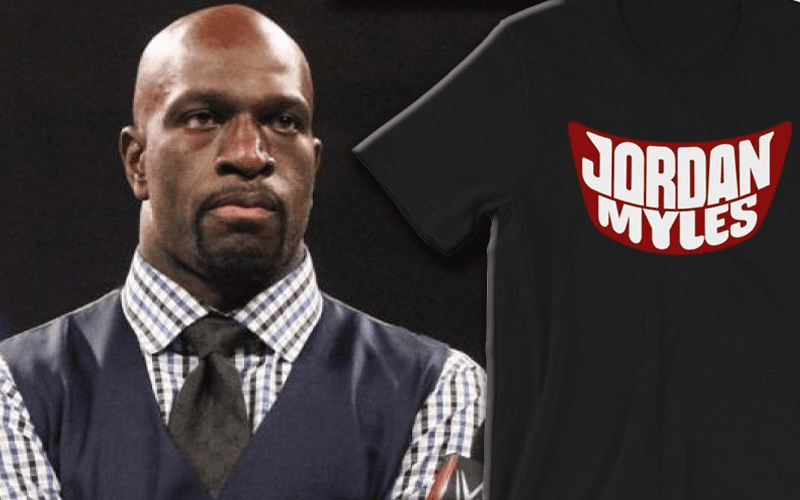 Jordan Myles didn’t appreciate the t-shirt that WWE made up for him. It resembled blackface so it was taken down. Everything snowballed to the point where Myles was saying that “WWE doesn’t care about black people.”

Titus O’Neil finally commented on this situation after seeing everything go down on Twitter. He advised Myles that while the t-shirt was distasteful, so is the way people are coming at WWE.

Fans started to turn on Jordan Myles in a big way too. They started comparing him to Jussie Smollett after it was revealed that he approved the design before it was released.

Hopefully, this situation will be settled without any more unfortunate incidents.