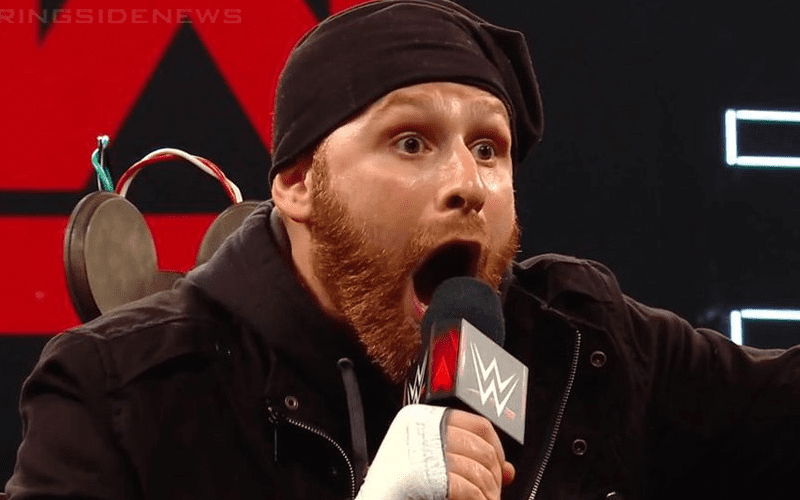 WWE tries new things from time to time and the third hour of RAW was supposed to represent a grittier feel not too long ago. That didn’t last long and neither did the electric chair segment as Sami Zayn was the segment’s first and last guest.

Sami Zayn recently spoke to Catch-Newz.com in France when he was asked about the infamous electric chair segment on RAW months ago. During that segment, Zayn said that the crowd could ask him about anything. “You could have asked me about AEW!” he exclaimed in a line that was later edited from all replays.

This segment took place days after Double Or Nothing, but Zayn says it was no bit deal at the time.

No no. It really was not a big story other than what was on the internet. At the end of the day, the segment was a small new segment that we were trying for people. An unscripted thing. I knew that if we say ”AEW” that was the way that people will talk about it.

That’s exactly what happened. As you see, nothing really happened after I said that. It was done once, and nothing happened.

The electric chair segment is no more and that prop is undoubtedly filling up space in the WWE Warehouse right about now. You can never rule out a return, but the first run didn’t turn out as they probably would have hoped.