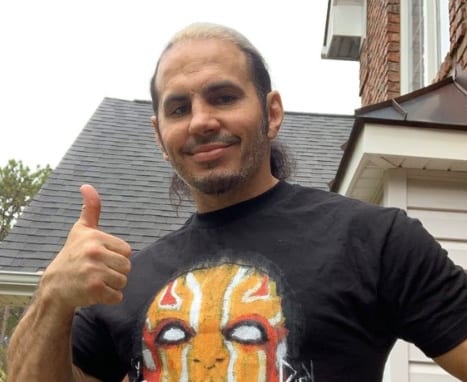 Jeff Hardy’s demons have been following him around like a bad smell for longer than most of us care to remember, which is a shame, given that he’s widely considered to be one of the most popular wrestlers of his generation.

We’ve recently seen something of a rift develop between Jeff and his brother Matt, with their wives being dragged into the issue too. Some fans were concerned that this could mark the end of their friendship, but as it turns out, that theory has been greatly exaggerated.

Instead, it appears as if everything is going well once again – with Matt using the following image on Twitter to prove that.

We could just be reading into this, but it certainly seems as if Matt is ready and willing to help Jeff out in his hour of need once again. It’s going to be a long road back to the top, especially if they’re serious about making an impact in the tag division or as singles stars, but it’ll all be worth it in the end.

For over two decades these men have been trailblazers in this industry, spanning over a few different eras in the process. They’ve had their ups and downs along the way, but they seem to have come through it all up to this point.

Of course, we aren’t expecting to see Jeff competing in the ring again anytime soon, but we can’t say the same for Matt who continues to hint at a return to action.