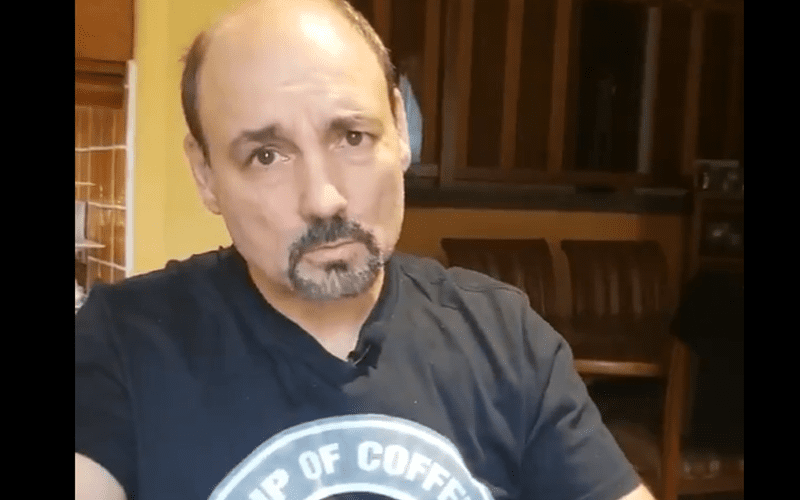 Jimmy Korderas was a WWE referee for 22 years and he learned a lot about the pro wrestling business in that amount of time. His tenure with the company saw WWE take on competition, but AEW might be earning too much attention from WWE Superstars if you ask him.

On his most recent “Reffin Rant,” Korderas issued a bit of advice to WWE Superstars like Seth Rollins and Becky Lynch who keep poking AEW representatives like Jim Ross. Becky Lynch straight-up said she would whoop every member of the AEW women’s roster.

These tweets from the likes of Rollins and Lynch might only be driving fans to the competition who had no previous intention of checking out AEW.

“So Becky Lynch gets on social media to take shots at AEW women kinda following in the footsteps of her fiance Seth Rollins. So there’s two of WWE’s biggest stars taking shots at the competition on social media although they ignore them on television.”

“To me, that’s the right strategy — doing what they do on TV by not acknowledging the competition. I get why AEW takes shots at WWE, they’re trying to grow their audience. But, by talking about AEW on social media you’re helping them out. You’re giving them free publicity.”

“There are people on social media who may read their Twitter and say, ‘You know what? I kinda heard about [AEW]. I wasn’t thinking about checking them out, but there must be a reason they’re taking shots so you know what? I’m gonna go check these out and see what the fuss is about.'”

“So you’re giving them free publicity. I get it, competition is good, but at the same time you don’t wanna drive people to the competition. Right? No?”

We’ll have to see if WWE Superstars continue replying to whatever AEW says about them. This is certainly entertaining and newsworthy, but it might not be the wisest decision to give such a focus to All Elite Wrestling as they continue to establish their fan base.