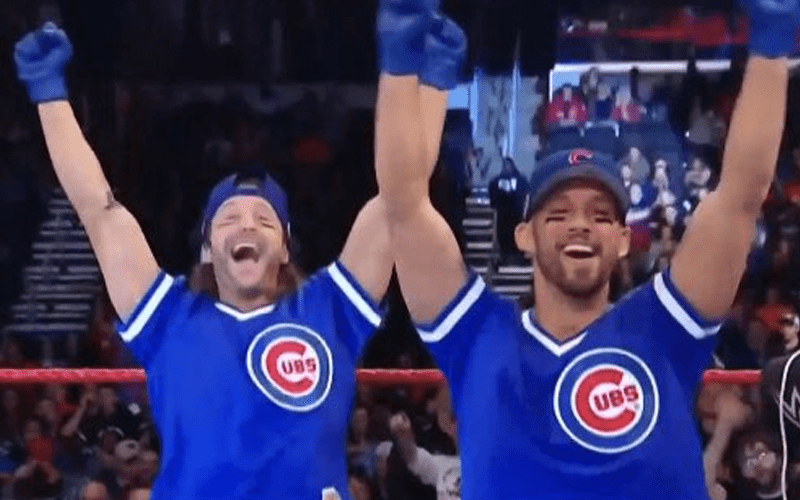 The Viking Raiders were fed another enhancement team this week on WWE RAW and now we know who they were. Since WWE held the show in St Louis, this team was dubbed “The Chicago Cubs” to get a hometown pop.

The identity of the Chicago Cubs tonight on RAW was Mike Sydal and Kyle Roberts. Sydal is brother of former WWE Superstar Evan Bourne.

Those two might not have won their match, but they definitely made a big impression. It’s not every day that the Chicago Cubs are defeated that quickly in St Louis.